The Case Against Holograms, Which in Honor of Freddie Mercury Needs to be Made Right Now 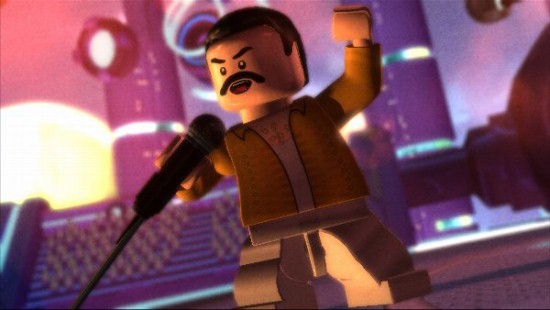 A few days after Tupac Shakur came back from New Mexico appeared as a "hologram" during last month's Coachella festival, cynics wondered aloud about the optical illusion becoming a trend. Somebody even put together a humorous "poster" advertising next year's show, which consisted exclusively of either bands with deceased members or performers who have long since passed away.

Anybody who dismissed such a prophecy as far-fatched was probably a little taken aback when Queen announced it would use an optical illusion of Freddie Mercury to commemorate the tenth anniversary of the musical We Will Rock You. According to BBC interview with Queen guitarist Brian May, members of the band had been planning the special effect:

"It's a little unfortunate they did that thing with Tupac as we've been trying to make Freddie appear on the stage for quite a while," he said.

May went on to tell the BBC that the technique "is something we've looked at ourselves but I think probably for a show that runs eight shows a week it's not really quite practical."

That falls in line with what Dr. Dre said after the Coachella performance. Despite intense speculation that he would bring "Hologram Tupac" on tour, the producer/rapper extraordinaire definitely state that the effect was a one-time-only deal. And maybe it would be best if this was stored away for the time being.

To be sure the effect itself can be amazing when done correctly, as seen at the Abraham Lincoln Presidential Library. The Springfield, Illinois-based mega-museum features a show where a "curator" is revealed to be a deceased Civil War soldier. At the end, the soldier fades away to the astonishment of the crowd. For a person seeing the effect for the first time, it's a mind-blowing experience -- so much so that it might lead someone to talk about the show for days.

And it's almost a certainty that people who saw Hologram Tupac live were equally astounded, especially since the former example looked so real. Since Shakur's mother gave Dr. Dre and Snoop Dogg her blessing and the effect placed Tupac's life and legacy in the public again, the positives in this case seem to outweigh the negatives. (The effect would be entirely appropriate for "virtual" bands such as Dethklok, an animated group that will be playing the Family Arena later this summer.)