Why John Mayer's 'Daughters' is the Worst Song Ever 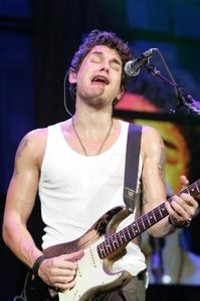 See also: The greatest song of all time

Every year, I take my oldest two children to a father-daughter dance where there are three things I can count on with absolute certainty: a brave soldier falling down while attempting the Limbo, a Dad's hula hoop contest that lasts only slightly longer than a sneeze, and slow dancing to "Daughters". Instead of feeling the swell of emotions the song is supposed to evoke, I suffer through those four torturous minutes, looking forward to better times of sliding, both cha-cha and electric.

I will confess that I am not a fan of any of John Mayer's music. While it would be foolish to deny his talent as a guitarist, I find his vocals shoddy and his songwriting desperately lacking (exhibit A: "Your Body is a Wonderland"). I am less a fan of Mayer himself. In spite of his leading man looks, fame, success and fortune, he carries himself publicly like the rich, entitled, jerky character from any John Hughes movie. Yes, his list of former love interests is impressive, but the manner in which he discusses them publicly is loathsome. Getting on the wrong side of America's former (Jennifer Aniston) and current (Taylor Swift) sweethearts doesn't make him any more likeable either.

"Daughters" is a sparse song with Mayer singing unaccompanied over light acoustic guitar and piano. This places all the focus on the vocals, which is not a good thing. Mayer's raspy, whispery voice has an unmistakable "hey, kid, want some candy?" quality to it which ratchets the creepiness of the song up to a full 11. A song that should be about something as pure and unquestionably noble as fathers loving and cherishing their daughters should not sound like it emanates from a man on the edge of the bed with his shirt half-unbuttoned. Taken in this context, the overriding point of the song seems to be for fathers to treat their daughters well for no other reason than to stop sending pre-screwed up girls into his life. Mayer would rather screw them up all by himself.

Jump to comments
« Hal David, Songwriting Partner with…  |  How To Suck The Brains Out Of A Sku… »