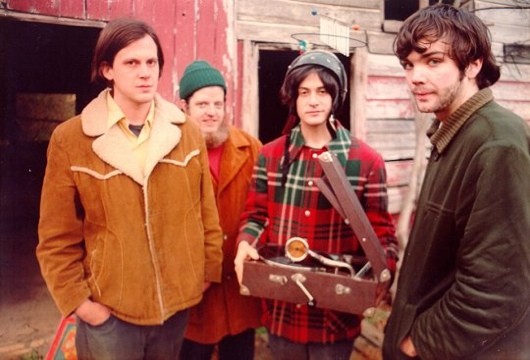 Jeff Mangum fans, rejoice -- Neutral Milk Hotel is performing live again, and even making a stop in St. Louis at the Pageant.

The band announced in late April that it would be playing live again, with a tour set for this fall. The lineup will be the one from the highly influential album In the Aeroplane Over the Sea. The announcement of a stop in St. Louis was just made today.

When Jeff Mangum toured solo in January, tickets to his show at the Sheldon sold out in less than an hour, so prepare yourself accordingly. Here is a portion of what RFT Music writer Mike Appelstein had to say about that show, from this review:

Mangum took the stage and grabbed one of his four acoustic guitars. Other than his grey-flecked, almost rabbinical beard, he looked basically like the same guy from the late '90s, complete with his standard brown thrift-store sweater and green hat. Opening with "Two-Headed Boy," he spend the next hour performing a selection of NMH songs. He played all but three songs from Aeroplane, a few from On Avery Island, and the single "Engine." "Oh Sister," a live favorite that never made it to vinyl until the 2011 box set, was an unexpected surprise.

For someone who saw Neutral Milk Hotel in the '90s, the acoustic format took some getting used to. Those shows were joyfully ramshackle affairs, with band members coming and going while Mangum flopped and jumped around the stage. For the first couple of songs tonight it was initially hard to reconcile those memories with the man sitting motionlessly on the chair. Nonetheless, Mangum's voice can still fill a room, and he could still hit the long notes on "Gardenhead/Leave Me Alone" and "Oh Comely."

No need to get used to acoustic instruments and solo affairs this time -- the whole band is in tow. Listen to "Engine," performed live in 1997 at the Side Door in St. Louis, below.