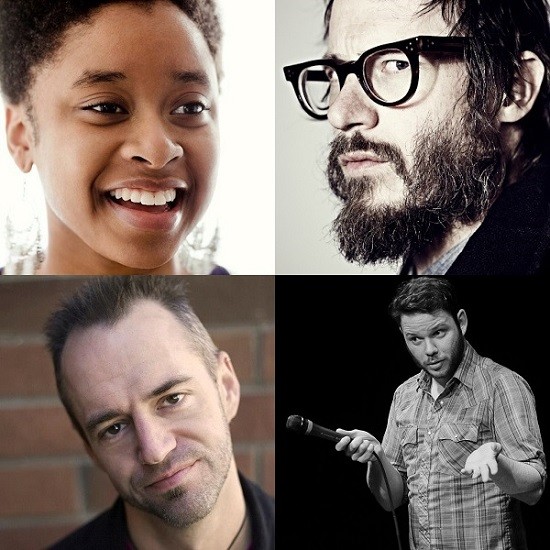 Your favorite comedian loves performing for you. What's better than traveling the country, getting onstage and connecting with people? It's a great job if you can get it. But like any job, there's a undercurrent of monotony in what people say or how they act around comedians.

It's not that people go out of their way to be annoying (most of the time), but after a while you start to notice that many people have similar misunderstandings about what comedians do and how their creative process works. It's not even a phenomenon unique to this particular art.

It's probable that in the four years Michelangelo painted the Sistine Chapel, his mother told her friends, "Oh, he's just hard at work on his drawings." When John Milton wrote Paradise Lost, it's very likely that someone approached him and said, "So, you write poems. Hey, recite me a poem."

We reached out to four amazing comedians to speak out about some of the misconceptions and petty annoyances that get to them when they're performing. Some of their answers are surprising.

Jeremy Essig is a veteran road comedian who tours just about everywhere. If you've seen Brian Posehn in the past three years, there's a good chance you've seen Jeremy. He splits his time between St. Louis and his new digs in Queens, New York.

Phoebe Robinson is a comic, writer and creator of the popular Blaria blog which led to a live show and podcast of the same name. You also might recognize her as the less-than-enthused office-supply store clerk on the pilot episode of the hit Comedy Central show Broad City. She's a fierce standup performer and someone you're going to hear a lot from in the coming years.

Ben Kronberg got his start in Denver and currently lives in NYC. He has performed in St. Louis in the past few years including shows at Brennans and Foam. You might recognize him from his recent half-hour standup special on Comedy Central. He's currently on tour.

Kevin White is the co-creator of the popular St. Louis standup and sketch show Bare Knuckle Comedy. He currently resides in Chicago, but you'll get a chance to reacquaint yourself with his absurdest brand of comedy when he performs with Kyle Ayers at the Firebird on March 22.

2. Someone who's removed from the show only to find the comic after and complain about the door guy/waitress/manager who removed them. This is probably self-explanatory, but under what circumstances would you think I'd take your side in this dispute? The club staff who removed you is doing their job and taking the bullet for the comic by not making the comic ask you to leave and therefore alienating some portion of the crowd.

3. Yelling "That's wrong!" or making some other noise indicating disapproval at a racy or edgy bit. Laughter -- much like sneezing or coughing or breathing -- should be an un-thought-out response. Something strikes you funny and you laugh. Yelling "That's wrong!" (or some version thereof) is thought-out. It's telling the people around you, "Look at me, I'm better than that," and it messes up timing. That said...

4. Comics who use the First Amendment to as a blanket for misogynistic/bigoted/poorly thought-out jokes. Yes, you have a right to say whatever you want, but have you bothered to think about why you've said it? If the whole point is to make someone uncomfortable -- rather than, say, work on a joke -- it's silly to then get mad when someone is uncomfortable.

5. The comedy uniform everyone seems to be wearing. Comics, in their glasses/beard/hoodie get-up, seem to not see the parallel to the oft-mocked '80s look of sport coat/rolled-up sleeves/T-shirt. You've managed to perfectly ape a look that a few people did authentically. Well done, Candlebox.

Continue to page two for more pet peeves from the comedy professionals.