Felice Brothers Robbed in St. Louis; This Is Getting Ridiculous

The members of New York folk-rock outfit the Felice Brothers are only the latest musicians to be victims of crime while in St. Louis. The group had its gear stolen before it even took the stage for its June 30 show at Off Broadway.

Woke up this morning in St. Louis to find our van was broke into and our Fiddle and accordion stolen. #bummer

The band took to social media and asked that people submit photos of the stolen instruments. Here are some good, clear shots: 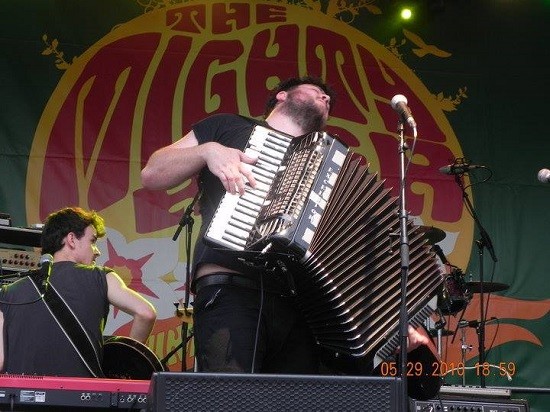 This incident happened within the same week as a similar robbery suffered by sludge-metal band Eyehategod, during which thousands of dollars worth of electronics and cash were taken (though to be fair, sources on the scene claim the members of the band left the vehicle unattended, with the doors open -- not that it is their fault, but maybe don't do that) and ten days after a St. Louis musician was struck by a stray bullet outside of the Broadway Oyster Bar, where he had just performed a show.

A plea to the musicians of the world:

St. Louis, despite what you may have heard, is not a crime-riddled dystopian wasteland filled with errant bullets and thieves. But maybe keep an eye on your valuables. Bring 'em inside with you -- that goes double for cash. (And, well, close the door on your vehicle if you are going to walk away from it, Eyehategod.) Vans are attractive to criminals; oftentimes there is some loot in there. Don't make it easy for them.

We wish the Felice Brothers the best of luck in finding their lost gear.