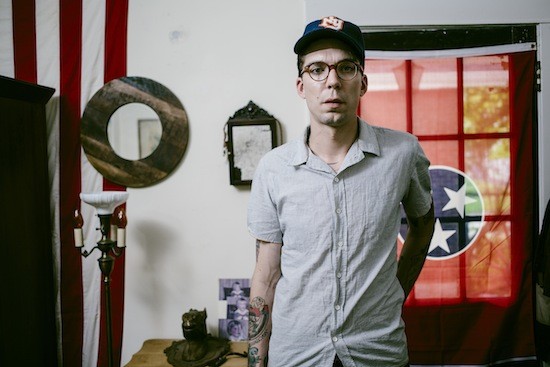 In this week's print edition, senior RFT Music writer Roy Kasten interviewed Justin Townes Earle about his forthcoming album, Single Women, a record that proves that getting married, staying clean and loving your mother aren't the artistic death-knells they might seem.

Earle, who performs Friday night at Off Broadway as part of the Open Highway Music Festival, has turned out to be one of the strongest songwriters and record makers in the Americana field, as evidenced by the new track, "White Gardenias," a tribute to an unlikely inspiration: Billie Holiday.

"Billie Holiday has been very important to me," Earle says. "Some people write and need to fill lines completely up. I like to have as few words as I possibly can. I can play with Billie's timing, that style of hitting the accent, the accent of the melody of where you're supposed to be. I've always found her to be an intriguing person. She wasn't the prettiest woman in the world, but her voice and her personality made her that.

"My timing is me trying to do my best Billie Holiday impersonation, I guess. That song came from a quote from her: 'I spent the entire war on 52nd Street. Every night I had the white dress and the white shoes, and they brought me the white junk and the white gardenias.' It's the idea that a flower can be so beautiful and resilient, but in the end it withers away."