LouFest Update: Don't Hold Your Breath for These Bands 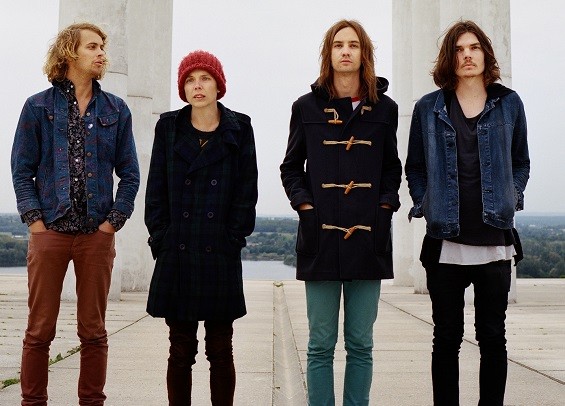 The lineup for Lollapalooza Berlin was announced today, which normally wouldn't be of great concern to those of us here in good ol' St. Louis, USA, but this year's inaugural Germany-based edition of the festival happens to fall on the same dates as St. Louis' own LouFest -- the weekend of September 12 and 13.

So unless the following bands don't mind continent-hopping or performing with jet lag (it is a twelve- to sixteen-hour flight), it seems unlikely that they will perform at this year's St. Louis-based festival:

Interestingly, though, is the fact that the Berlin festival is being organized by C3 Presents -- the same company that puts on LouFest -- which was acquired by Live Nation in October of last year. That would indicate, at least, that C3 is indeed working with these bands this year, but Live Nation's considerable added clout may help to explain that. (We reached out to a representative of C3 for comment; we will update this post if/when we hear back.)

It wouldn't be completely impossible for these bands to perform, and it is not entirely without precedent -- last year, Outkast flew from a festival in England on September 5 to LouFest on September 7. There's a whole extra day in there, though, but technically it is possible.

Possible, but not probable. As in, don't hold your breath.

Also, get ready to dance this same dance when Riot Fest's initial lineup is announced as well -- this year's fest will be held in Chicago from September 11 to 13 -- again, the same weekend. That is closer to us, sure, but blackout-date rules and no-compete clauses will likely 86 any artist announced for Riot Fest from LouFest's schedule.