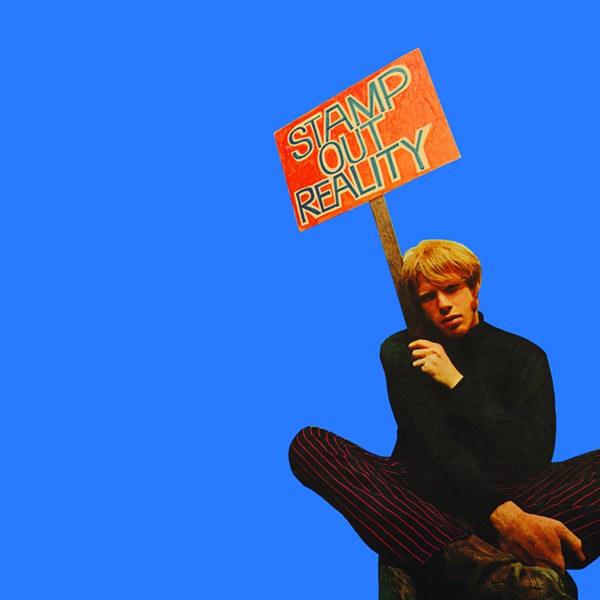 As legendary local concerts go, it was hardly Guns 'n Roses Riverport riot. Yet when Houston experimental artist Jandek came to St. Louis on March 21, 2014, it was a big deal. Once famously reclusive, Jandek (whose family calls him Sterling Smith) has been performing occasional live shows for at least a decade now. They've all been different, with various lineups taking on his material. At the Billiken Club at Saint Louis University, Jandek performed an hour and a half of music, mostly improvised, with fellow Houston resident Sheila Smith (no relation, apparently) and local musicians Matty Coonfield and Joseph Hess (the latter a frequent RFT contributor). All four alternated between guitar, keyboards, drums and vocals.

However, Sheila Smith was the show's wild card. She sang in a half-spoken style redolent of Lydia Lunch and Kim Gordon, laid on top of a keyboard, ventured into the crowd to sing to specific audience members, and flirtatiously danced with Jandek as he was playing. Jandek's had female voices on his records before, but never before did the phrase “uncomfortable sexual tension” seem appropriate.

Jandek's label, Corwood Industries, has followed up most of his concerts with live CDs and DVDs. Each is named for the city and weekday in which each performance occurred. Titles include Chicago Wednesday, Helsinki Saturday and Camber Sands Sunday. Now, a year and a half after the Billiken Club show, St. Louis Friday is here. (In true Jandekian fashion, this actually came out over the summer. with little fanfare. We didn't know about it until we happened to check the Corwood website.)

St. Louis Friday is available as a double CD and a separate DVD. Both releases include the same Corwood catalog number (0816, if you're keeping track) and the same artwork — a young, bowl-cut Jandek in beatnik garb, sitting cross-legged across a bright blue background, holding an orange protest-style sign reading “STAMP OUT REALITY.” It is one of a very few colorful Jandek album covers, and certainly the most whimsical. Both versions contain all thirteen songs from the Billiken Club show. Except for “Fishing Blues,” which first appeared on 1994's Graven Image, all of the material appears to be new.


Here is a clip of "Where Were You Born” from the St. Louis Friday DVD.  Shot in stark, surveillance camera-style black and white, it is a perfect distillation of the Billiken Club show. While Hess and Coonfield hold down the rhythm section, Sheila Smith cavorts around the stage and Jandek stands off to one side, unobtrusively playing guitar. Most of the clip consists of double or even quadruple exposures. At times, all four musicians appear to be ghosts on an empty stage. The Billiken Club's gridded ceiling provides a perfect background, as if all of this is happening in a spacecraft or laboratory somewhere. We never see the audience.

Even as Jandek continues to appear in front of people, he manages to overturn expectations and preserve his mystique. The Billiken Club show was proof of this, and St. Louis Friday makes it available for all to hear.

Jump to comments
« The Best Concerts in St. Louis This…  |  Bully's Alicia Bognanno Does It All »