Our world-class local record stores are visited by famous shoppers all of the time, but Planet Score Records is just a newborn and it's already had one very important shopper come around to count its little fingers and toes.

In a story we published a couple of weeks ago, we introduced you to Joe Stulce and Tim Lohmann, who co-own Planet Score Records. Their new shop in Maplewood opened just before Halloween and it was open less than a week before getting a visit from Robert Pollard of Guided by Voices.

The store was named after one of Pollard's songs. Owner Stulce is a major GbV fan and was looking for a unique name for his business. He says that, “being a big dork," he posted about his idea for the name onto a GbV message board and requested feedback from other GbV fans.

He certainly got some major feedback, too. The people who run the message board do business with Pollard and passed on this bit of information. Within 24 hours or so Stulce had Pollard's blessing to use the name. But the store wasn't open yet and wouldn't be open for some months. Stulce was sure that Pollard had moved on and forgotten about the whole interaction.

Then, just five days after opening, Stulce got an email from Pollard's wife saying that the couple were driving into St. Louis from Dayton, Ohio, to visit the store the next day.

We visited the store this weekend to get the story about Uncle Bob direct from the source. It was a beautiful day, the sun was shining bright and the shop had Status Quo's Spare Parts playing on the sound system. (Oh yeah.) It was the perfect record store afternoon.

The small store had more customers than you'd expect for a place that just opened. Friends were popping in to say hello, regulars from the business' old location were visiting to see the new space and neighborhood shoppers were scoping out the new guys. Everyone there seemed happy and happily busy.

Stulce was no exception, and we asked him questions about Pollard's visit when he had breaks between helping customers. Stulce's smile spread wide and he nearly bounced with excitement when relaying the story. He said that Pollard arrived, indeed, and was apparently more kind and thoughtful than anyone could've ever even hoped. Pollard stayed at the store for a few hours that day, just shopping and hanging out and patiently signing all of Stulce's GbV vinyl. He also posed for many pictures and was kind to fans who were shocked to see him just kicking it in the store.

So if Bob Pollard of Guided by freakin' Voices thinks that Planet Score Records is cool, chances are that you'll think that it's cool, too. Check out the new kids on the block at 7421 Manchester Road in downtown Maplewood. 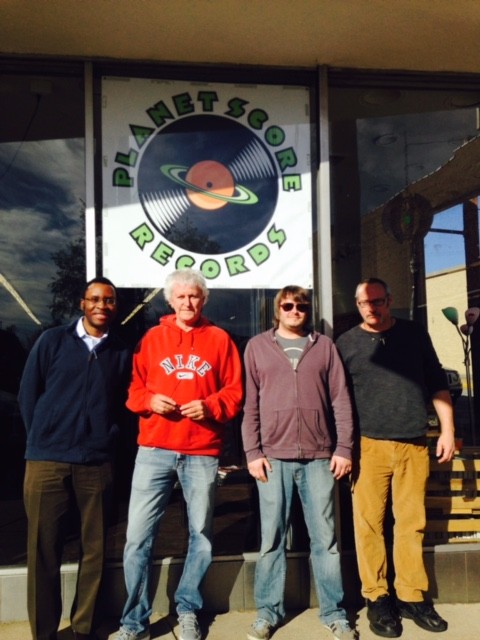