The new bar that formally opens its doors in Westport Plaza on September 5 promises to be bigger, and more packed with fun, than just about anything else in the St. Louis area. And that's not hyperbole — this place seriously has everything.

It's not just that Westport Social (910 Westport Plaza, Maryland Heights) will be offering a bank of televisions with Ballpark Village proportions — three TVs each measuring nine feet by sixteen feet. And it's not just that there's foosball, and shuffleboard, and ping pong, plus stages that will host live music on Fridays and Saturdays. No, there's much more than that.

There are two private karaoke rooms — each equipped with multiple cameras that seamlessly edit your performance together, as if it was a music video, then later email you the footage. There is bocce ball, and darts, and a new sport called snook ball, which combines the British favorite snooker with soocer. And on top of all that — yes, there's even more — there are four basketball hoops.

Best of all, with the exception of those private karaoke rooms, it's all gloriously free. 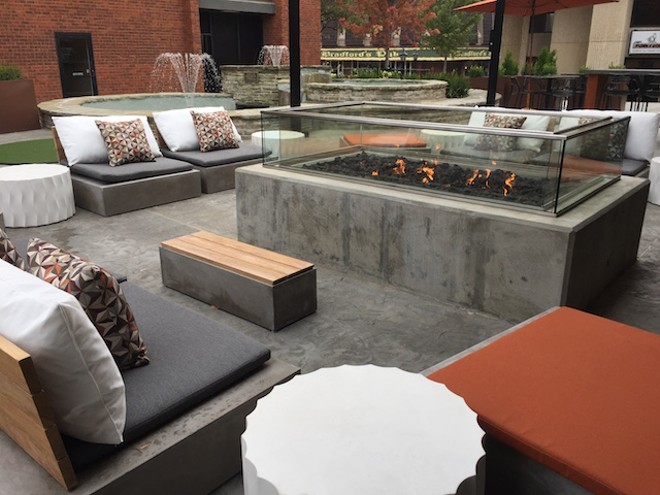 O'Loughlin is the president of LHM, which owns Westport Plaza and now, too, Westport Social. The company has a track record of successful nightlife spots, including Boundary and Basso, both at the Cheshire Hotel, which they also own (among many, many other hotels).

O'Loughlin says Westport Social will have the glossy, sophisticated feel of Basso. Of the foosball table, for example, he says, "It's not your Dick's Sporting Goods table." Even the ping-pong table is painted in muted, classic colors, not the bright green of your grandma's basement.

Westport Social is filling the huge piece of Westport Plaza real estate that, back in the day, held a movie theater. More recently, it was a country bar called Margarita Mama's.

O'Loughlin has big ambitions for the space, which could anchor an increasingly bustling area. "After downtown, Maryland Heights is the second largest concentration of hotel rooms in St. Louis," he notes. And now that the offices in Maryland Plaza are at 92 percent capacity, there's a big crowd there during the day as well. Westport Social hopes to serve the lunch crowd — did we mention there's a full kitchen? — and keep them hanging around all night as well.

That said, you'd better be of drinking age if you expect to avail yourself of these games: After 5 p.m., the place is 21 and older. "This is not a Dave & Buster's," O'Loughlin says. "It's a bar." Yes, and also a karaoke lounge, and a restaurant, and a music venue, and a spot to play just about every game under the sun. But we'd agree: "Bar" still has a certain ring to it.

Westport Social will be open from 11 a.m. until 1 a.m. daily. beginning September 5. Follow their Facebook page for more information. 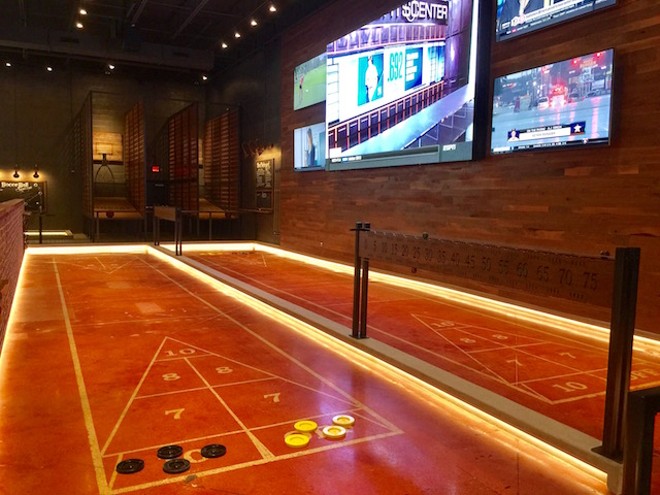 Jump to comments
« Newly Announced: Tyler the Creator,…  |  Fair St. Louis to Return to the Arc… »