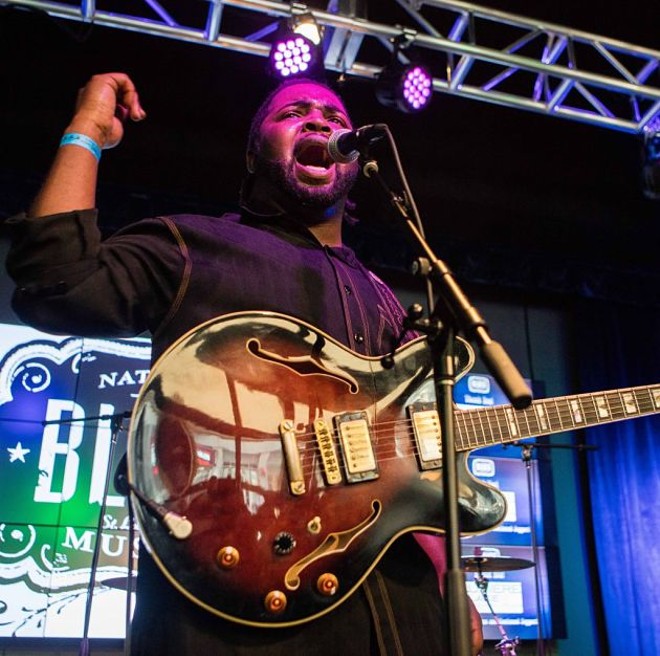 Blues fans, start your engines: The Blues at the Arch series will return once again to the newly dubbed Gateway Arch National Park this August.

Over a span of four weeks you can enjoy the scenic layout of the newly remodeled park grounds while taking in the soothing sounds of various well-known names in blues from around the city and across the nation. According to organizers, the series welcomed some 18,000 guests to the park grounds last year, and with the $380 million in renovations to the grounds and an ongoing partnership with the National Blues Museum, this year is sure to see similarly large crowds.

“Last year, we welcomed more than 18,000 people to Gateway Arch National Park to relax, unwind and enjoy top-notch blues entertainment in the shadow of the Gateway Arch,” said Samantha Fisher, director of communications for the Gateway Arch Park Foundation. “We are excited to partner with the National Blues Museum for a third year and continue to celebrate St. Louis with blues music and the Arch.”

Past years have seen performances from such blues luminaries as Big George Brock, Mikey Rodgers and David Dee, and this year's lineup promises more of the same high caliber artists, including Jeremiah Johnson, Skeet Rodgers and Marquise Knox.

“This year is phenomenal,” says Blues Museum Legends and Entertainment Manager Alonzo Townsend. “We are excited to showcase and bridge the legacy and future of Blues in St. Louis at the centerpiece of our city – the newly renovated Gateway Arch National Park!”

Blues at the Arch will take place each Friday throughout the month of August. Check out the full lineup below:

For more information visit Blues at the Arch's official website.

Editor's note: A previous version of this story quoted a former Gateway Arch Park Foundation spokesman. We updated the story to include a quote from the current one. We regret any confusion.