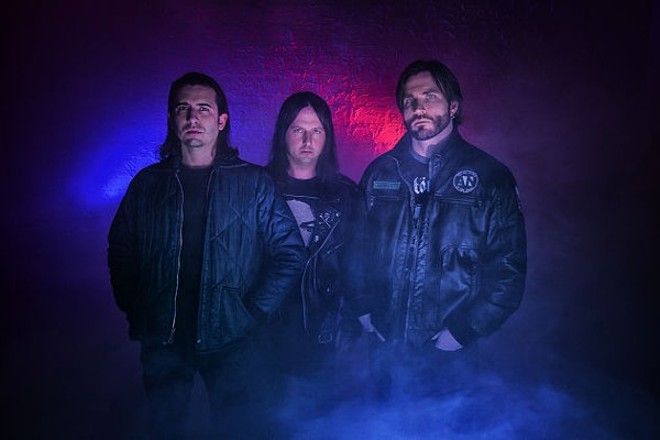 Each week we bring you our picks for the best shows of the weekend! To submit your show for consideration, click here. All events subject to change; check with the venue for the most up-to-date information.

The Vincent Scandal w/ Dear Genre, Sunset Over Houma, Lacie Williams, Devon Cahill
8:30 p.m. The Heavy Anchor, 5226 Gravois Avenue. $7. 314-352-5226.
The Vincent Scandal wouldn’t feel out of place in the background of a noir filmed in black and white — it’s a classy affair that stays subtly dark. The brainchild of musician Hugh Vincent, the band makes songs that are self-aware with a sharp sense of humor. A bluesy swing carries the pop-sensible riffs to peaks of thematic rock while basking in the breakdowns that follow each momentous build. With the promise of a new EP on deck, the Vincent Scandal enters 2019 with a show alongside the indie-leaning Sunset Over Houma, the slacker pop of Dear Genre and a one-two punch from St. Louis’ own Lacie Williams and Devon Cahill.

Release the Hounds: A Benefit for Stray Rescue St. Louis w/ the Lion’s Daughter and many more
8 p.m. The Ready Room, 4195 Manchester Avenue. $10. 314-833-3929.
The Lion’s Daughter has made a habit of booking big benefit shows for Stray Rescue in recent years. This latest iteration follows the time-honored tradition of bands covering other bands. St. Louis has a special culture for concerts like these, what with An Under Cover Weekend, Halloween punk cover shows and the litany of throwback gigs around the holidays. This night brings together local heavy-hitters for a night of tributes with the Lion’s Daughter as Motorhead, Slow Damage as Black Flag, the Gorge as Botch, Path of Might as Neurosis, Valley as Black Sabbath and a local super group covering Poison the Well. The Facebook event declares that “dogs > people,” and while that’s hard to argue, this show gives us humans a chance to prove our worth.

Jacob Vi’s Birthday Show w/ Matt F Basler, Wax Fruit
9 p.m. The Heavy Anchor, 5226 Gravois Avenue. Free. 314-352-5226.
In some ways St. Louis is less of a city and more of a small town that’s been blown out of proportion. There’s a tight-knit nature to the community, making for moments where the stars align and attendees are treated to amazing shows that cost less than a cup of coffee. Maybe a birthday party for musician Jacob Vi, who’s been in and out of local bands for over a decade, is such an event. If anything, Matt F Basler’s video calling the concert a conspiracy while still promoting his band’s set is worth the price of admission — and that’s free! The space-faring Wax Fruit brings its sinewy synth songs to round out a night of quality bands and inside jokes.

FarFetched’s Prologue VIII Release Party w/ Katarra, Ackurate, Sam, Blank Generation
8 p.m. The Fellowship, 3453 South Jefferson Avenue. $10. No phone.
Out of all the art shows, monthly Link Up events and big blowouts the FarFetched Collective is responsible for, its annual Prologue show might be its most important party of the year. For one, the concert coincides with the release of a compilation packed with fresh faces alongside the label’s foremost artists. The production sets the tone for the year ahead, and this edition adds an extra layer: Its venue, the Fellowship, is a new space run by artist Darian Wigfall, a key figure of FarFetched Collective.

Rock the Spectrum Benefit Concert w/ Al Holliday, Cree Rider, Bottoms Up Blues Gang, School of Rock
8 p.m. Off Broadway, 3509 Lemp Avenue. $20. 314-498-6989.
Area artists have come together to support Giant Steps, “a therapeutic school for children and teens with Autism Spectrum Disorder.” Three local mainstays in Cree Rider, Bottoms Up Blues Gang and Al Holliday (with his band in tow) make up the core of the show with a range of blues, Americana and soul. School Of Rock expands the scope of the night with a performance from its students — the future songwriters of St. Louis, no doubt.