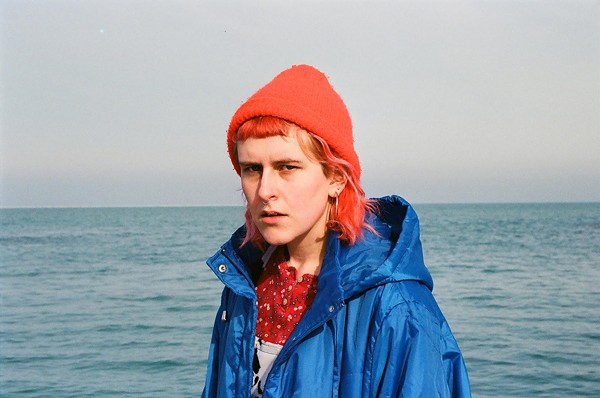 The Way Down Wanderers
8 p.m. Friday, March 15. The Old Rock House, 1200 South Seventh Street. $12. 314-588-0505.
Central Illinois, Peoria to be precise, isn’t exactly ground zero for neo-bluegrass, but it isn’t Queens either. The heart of the Midwest has become home to an array of college-age Americana bands and burgeoning old-timey festivals, and Peoria’s the Way Down Wanderers have channeled that energy into a loose, vigorous, not-quite-jammy, not-quite-folksy style of acoustic music that should appeal to local fans of Old Salt Union and the Mighty Pines, if not Pokey LaFarge. Songwriting and singing duo Austin Krause-Thompson and Collin Krause complement each other’s unapologetic earnestness with an instinctive understanding of what matters in contemporary bluegrass: impeccable harmonies, flowing melodies and sharp instrumental chops.
Truckers Welcome: The hard-touring band has turned pit stops into free jam-session concerts it calls “restSTOMPS.” Coming to a rest area near you soon.
—Roy Kasten

Neil Hamburger
8 p.m. Friday, March 15. The Ready Room, 4195 Manchester Ave. $20. 314-833-3929.
With his disheveled tux, oversized glasses and slimy comb-over, comedian Neil Hamburger is worth a laugh before he even opens his mouth. Which is good, because depending upon the audience’s disposition on a given night, that could well be the only laugh he gets. That’s by design, of course. The character, a creation of Australian-born comic Gregg Turkington, specializes in stepping on his own outrageously crass jokes, coughing through poorly delivered punchlines and berating the audience while cradling multiple drinks under his arm. It makes sense, then, that Hamburger has been frequently compared to Tony Clifton, the wholly obnoxious lounge singer alter-ego of the late comedic genius Andy Kaufman. Hamburger’s brand of humor isn’t for everyone — and to hear Turkington tell it, that’s by design — but for those that are in on the joke there’s no one funnier.
The Comedian Is In: Turkington played Hamburger with a straight face, refusing to break character, for more than twenty years before his starring role in 2015’s Entertainment, which premiered at Sundance. While explaining the film to that crowd, Turkington allowed that “he’s a shattered shell of a person.” Maybe that’s what makes him so relatable.
—Daniel Hill

Lala Lala
8 p.m. Sunday, March 17. Foam, 3359 South Jefferson Avenue. $10. 314-772-2100.
Sobriety narratives continue to be a helpful framing device for making sense of an artist’s work; six years after Southeastern, you can’t read a profile of Jason Isbell without seeing a mention of how he quit the bottle. And though she’s only in her mid-twenties and just on her second major release, Lala Lala leader Lillie West has done some metaphorical, spiritual and chemical house-cleaning ahead of her latest, The Lamb. Her dream-pop and shoegaze-indebted songs don’t necessarily cop to one clear narrative, instead spending some time taking stock and walking the line between anxiety and self-care. Luckily the delicately wrought lyrics sidle up West’s plaintive vocals and heavily chorused guitar.
It’s an Invasion: Bloomington, Indiana’s Bugg opens the show along with beloved locals the Funs and Pineapple RnR.
—Christian Schaeffer