10 Random Tech Things We Did 10 Years Ago, But We Don't Do Today

The end of 2009 brings one of those arbitrary milestones that marks the end of a decade, which prompts some of us to look back at the last ten years to see how far we've come and how much has changed. Yes, this is yet another one of those lists.

Here is a list of things we did in 1999 that we either don't do today or at least do much less today. Not surprisingly, things have changed quite a bit. 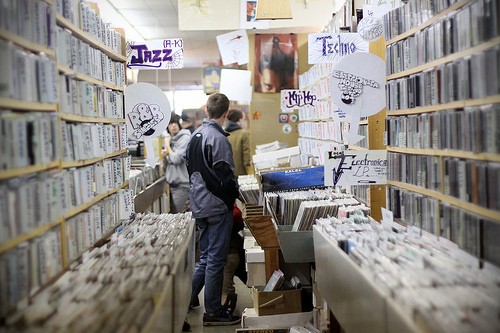 http://www.flickr.com/photos/jmsmith000/ / CC BY-ND 2
1. Buy Music on CD's
In 1999, Napster was just getting popular. And while it didn't survive long under the collective weight of litigation by the music industry, it was a harbinger of the death for the recorded CD. Two years later in 2001, Apple introduced the iPod, the first real commercially successful digital music player and the iTunes music store helped to transform the music business and shake it to its core. These days, the movie business is dealing with the same kind of transformation with the DVD business evaporating before their eyes. 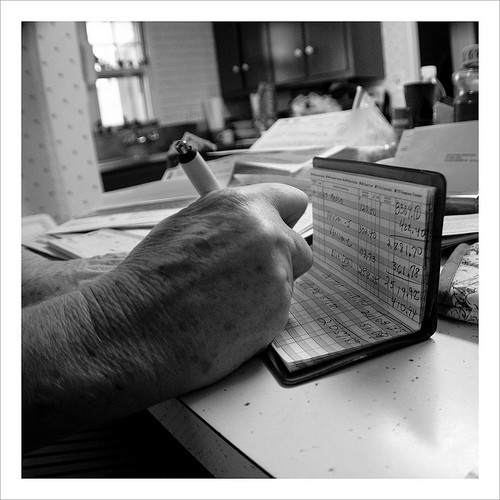 http://www.flickr.com/photos/helloturkeytoe/ / CC BY 2.
2. Write Checks
Do you remember the last time you wrote a honest hand-written check? OK, a few people still use these things, probably more for personal transactions than anything. But in the last ten years, we've gone from using checks a lot to using debit cards for most of our transactions. With new services like Square, paper checks are only going to become rarer in the coming years.

http://www.flickr.com/photos/umdrums/ / CC BY-SA 2.0
3. Use Fax Machines
It's hard to imagine anyone using a fax machine for much of anything now. The rare occasion you might need to fax something  you're likely dealing with legal documents that need to have a signature. But even digital signatures on PDF's have made this sort of rare.

http://www.flickr.com/photos/caveman_92223/ / CC BY-ND 2.0
4. Use Paper Maps
GPS's and online maps have made paper maps obsolete. In 1999 civilian GPS's were rare, expensive and not very accurate. Mostly because of a military technological embargo that was lifted in 2000. Today, cars are sold with cheap accurate GPS's as a standard option. Even smart phones have GPS built in. If your car doesn't have one you can buy one for less than $100. If you don't want to dole out the hundred bucks you can just print out directions for a trip from any number of online map services.

http://www.flickr.com/photos/ryansahb/ / CC BY-SA 2.0
6. Shoot Photos on Film
Of course there were digital cameras around ten years ago, but they were expensive and clunky, they ate batteries like they were candy and the best resolution you could get was about two megapixels. Today, almost everyone has a digital camera in their pocket -- built into their cell phones. Consumer-level cameras are amazingly good with resolutions of eight to ten megapixels and they shoot much better photos than consumer film cameras ever did. If someone uses film today it's usually a creative choice made by a professional photographer. Even the venerable Polaroid went out of business last year, marking the death of the popular instant camera.

http://www.flickr.com/photos/asimzb/ / CC BY 2.0
7. Shoot Video on Tape
Home video has been around since the late 1970s. The technology didn't really change that much from the time it was introduced until the late 1990s. Oh, the cameras got smaller sure, but the core technology -- the image resolutions and the media, magnetic tape changed very little in that time. Since 1999, we've gone from analog tape being the way home movies are shot to small pocket-sized cameras that record to internal digital media that's barely the size of a thumbnail. The resolutions are much better too. You can get a pocket sized HD cam for less than $200 now -- and it not only records the video, but can compress and upload it to YouTube too. Ten years ago it was hard to imagine a video tape that small -- much less an entire camera. And sharing personal video beyond our own living room was largely unheard of.

http://www.flickr.com/photos/orinrobertjohn/ / CC BY 2.0
8. Connect To Friends Via Email
Email and the phone was the preferred way to communicate long distance with old friends and family ten years ago. Today we are more likely to connect via a social network like Facebook. Instead of emailing photos of our kids we share media easily often directly uploading from our phones directly to Facebook or Flickr. And if you really want to keep in touch with your distant friend or relative you might even be able to subscribe to their twitter feed and get more info than you probably want about their daily life.

http://www.flickr.com/photos/robbes/ / CC BY-SA 2.0
9. Use Desktop Computers
Laptops have been around for a long time but ten years ago they were mostly popular with business users who needed to travel with their computers. But today lower prices, Wi-Fi and wireless Internet connections over cell phone networks have made them more viable and practical choice over a desktop computer for everyone. Not only that but smart phones have taken over a lot of the personal tasks that used to be done on desktop machines. It's really kind of a misnomer to even call them smart phones since using them merely as a phone doesn't even rank as the primary thing they are used for anymore.

http://www.flickr.com/photos/laffy4k/ / CC BY 2.0
10. Read News on Paper
The last decade has found a lot of businesses struggling to find their way in the new digital world. Not the least of which of these is the newspaper business. Their business model has been turned upside down as fewer and fewer people feel the need to demand that millions of trees be sacrificed each day for something as frivolous as daily news -- something that is more efficient and timely when it's delivered online. These days, newspapers aren't really struggling to keep their print business alive as much as they are struggling to figure out how to make their business work online.
So obviously this isn't a complete list, and some will no doubt disagree with some of these. And since this is 2009 and not 1999 you don't have to hold your tongue, you can let us know how you feel in the comments.