10 Things to Do This Saturday if You Don't Celebrate Christmas 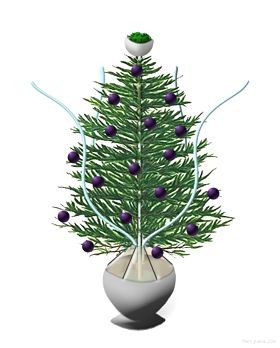 In case you've been living under a rock, you probably know that this Saturday is Christmas Day, a time for joy and family and celebrating the birth of Jesus Christ. But what if you are joyless or family-less or see no reason to celebrate the birth of Christ either out of indifference or because millions of your co-religionists were slaughtered in His name? (And there you have another plausible reason why Ebenezer Scrooge was Jewish.)

Oh, do we have a list for you, starting with the two classic, time-honored methods Jews all across America have used to while away the languors of Christmas Day. (You could, of course, observe the Sabbath, as many Jews will, but that suggestion comes from God.)

And now, thanks to the magic of Netflix-On-Demand, you don't even have to leave the comfort of your couch! Christmas is totally long enough to watch the entire run of one of your favorite TV series on DVD. To keep your extremities from falling asleep, plug in the PS2 or Wii for a little Guitar Hero or Rock Band.

As an alternative to the Chinese food, honor the Middle East, ancestral homeland of both Jews and Muslims (and, OK, yes, Baby Jesus) by smoking a hookah.

3. Go out, get hammered, make inappropriate sexual advances and lose all your money! Casinos are open! Dive bars are open! More reputable drinking establishments like Blueberry Hill and The Royale are also open! And the the Jewish Federation of St. Louis will be sponsoring Lollapajewza at the ever-classy Sub Zero Vodka Bar!

4. Crash an Arab wedding. Pretty much the same effect as Number 3, except it's free. Make sure the celebrants are either Christian or very permissive Muslims.

image via
Come on, Ashley, you can do it! It'll be a secular Christmas miracle!

So wintry and wholesome! And it turns out the Steinberg Rink in Forest Park will actually be open all day. 6. Go hunting. Originally we thought shooting range, as a gesture to the notion of peace in the Middle East. See, instead of Jews and Muslims shooting at each other, they can stand together and shoot at something else! Isn't that a beautiful idea? Only the shooting ranges are closed. So go shoot at an animal instead. (And never mind that Jews are so historically bad at hunting that during their 40 years of wandering in the wilderness, they had to depend on manna from heaven for food.)

7. Watch the Cardinals-Cowboys football game. This works only if you have cable and get the NFL Network. And really, honestly have nothing better to do.

8. Chores! What better way to spend a day when there's absolutely nothing to distract you? Get rid of all those dust bunnies hiding in the corners of your home. Pay all those bills that have been piling up since before you had to buy presents for people who insist upon celebrating mid-winter holidays. Best of all, get your taxes in order. Whoo-ee! Also, you have no excuse not to go for a jog or do some yoga (turn the heat way up for a pseudo-Bikram experience and watch your gas bill grow!). The Jewish Community Center is also offering spinning classes. (Some would argue that exercise ought not to be considered a chore. But they're delusional.) 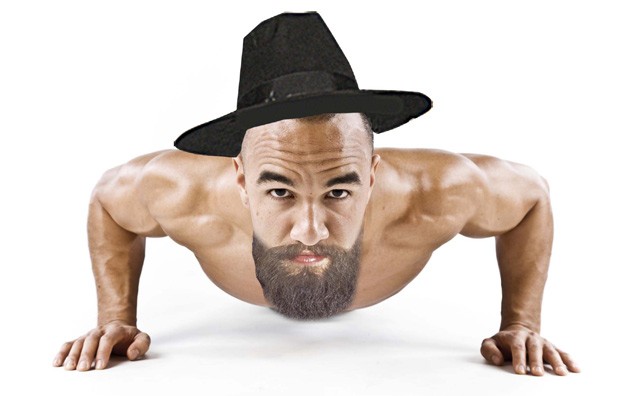 image via
I'd mazel his tov, if you know what I mean.

9. Arts and crafts. Think of all the things you did on rainy days when you were a child and were stuck at home with nothing to do. For non-celebrators, Christmas Day is sort of like that. So make like a Lifetime movie and regress to the innocence of youth. Do pointless arts and crafts projects. Put on a puppet show with a pair of old socks (or, if you're feeling really ambitious, some paper bags decorated all pretty). Drag out a mattress or rescue an enormous cardboard box from a Christmas-celebrator's curb and turn it into a house or a flying carpet or get a couple of people to shake it and turn it into a homemade carnival ride. Whole minutes of fun, guaranteed.

image via
Imagine the possibilities...if you still know how.

10. Sleep. It's likely you've spent the past month suffering through holiday parties and enduring Muzak Christmas carols and pleas for money every time you leave the house. Take advantage of the early dark on Christmas Day and indulge in a little sensory deprivation. New Year's Eve will be here before you know it.