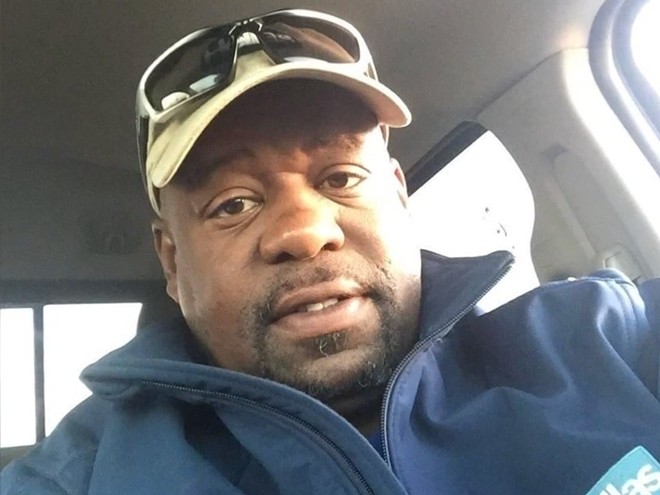 A fourth teen was indicted yesterday for the April shooting death of a St. Louis County cab driver.

Trishawn Jones, of St. Louis County, was 17 when he allegedly shot and killed Dewight Price, 54.

In explaining why Jones would be tried as an adult, U.S. Attorney Sayler A. Fleming said in a statement today that "the juvenile system would not provide a range of punishment commensurate with this crime."

Three other St. Louis County teens were indicted in June on charges of robbery and aiding and abetting the commission of a murder.

According to prosecutors, on April 24, Tywon Harris, 19, was in downtown St. Louis with Jones as well as Coron Dees, 19, and Jeremiah Allen, 18, when Harris used a false name and address to hire a cab to drive the four of them to St. Louis County after a party.

During the trip, Harris told Price instead to take them to Hazelwood Central High School.

When they arrived at the high school, motions filed in court say that Dees and Jones told Price to hand over his cash. Price complied, but when he attempted to exit the vehicle, Harris struck Price with one of the cab's doors, sending Price falling to the ground.

Jones then shot Price, killing him.

Price left behind four daughters. In an interview with KSDK, Price's eldest daughter Kirstin Spears described her father as "Fun, bold, a protector, absolutely. Hardworking, outgoing. He was just a great guy, a very great guy."

The four teens accused of being involved in Price's murder face up to life in prison if convicted.

“Violent juvenile criminals are not beyond the reach of the federal criminal justice system. As the St. Louis area sees an increase in juveniles committing violent crime, they should know the United States Attorney’s Office will be here to investigate and prosecute them,” Fleming said.