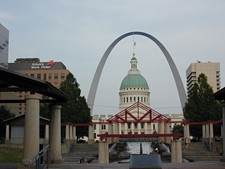 When it comes to sentencing nonviolent drug felons, St. Louis prosecutors are not afraid to use the "Prior and Persistent Drug Offender" statute, Missouri's three-strike drug law that allows -- and sometimes forces -- judges to hand out decades in prison for very small amounts of drugs.

Our cover story last week featured Jeff Mizanskey, the only inmate in Missouri to be doing a life without parole sentence for three nonviolent marijuana felonies. When people are convicted under the Prior and Persistent Drug Offender statute, their sentences require a minimum of ten years without parole. In very few cases, like Mizanskey's, a life sentence is handed out. But everybody else gets somewhere in between, and the statute is used often in St. Louis.

A review of 100 Prior and Persistent Drug Offender cases that were brought to the appeal level mostly within the past fifteen years found that 47 were in the St. Louis area, including the county and city.

Daily RFT won't name the defendants in those cases out of privacy concerns, but here's a sampling of some of the sentences that were handed out in St. Louis courts. In each case, it was the person's third drug-related felony, and they were trying to sell or deliver the drug:

Twenty years for selling two capsules of heroin to an undercover cop during a sting operation.

Twenty years for selling $40 worth of crack to an informant.

Fifteen years for 7.3 grams of crack.

Ten years for selling just under 3 grams of crack.

Ten years for 5 ounces of marijuana.

Ten years for 65 grams of marijuana.

And finally, ten years for attempting to buy $30 of heroin, which was a setup done by a female cop who asked the man to buy her some junk because she was "afraid" to do it herself.

Many other cases involve ten to fifteen years imprisonment for amounts of coke that your average 80s rock star could probably snort off a groupie's thigh in a few minutes.

Click on the next page to read about St. Louis' extreme prison sentences...