$7 million will go to a massive new facility in north St. Louis 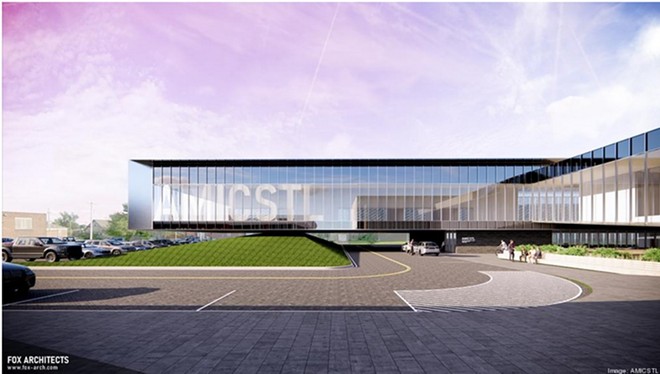 A federal grant will infuse millions of dollars into St. Louis’ manufacturing industry.

A large chunk of the grant will help develop the Advanced Manufacturing Innovation Center in north St. Louis. The 130,000-square-foot facility near Ranken Technical College will combine workforce development and advanced manufacturing research. It also received $5 million and a partnership from Boeing last week.

Community leaders hope the Advanced Manufacturing Innovation Center, or AMIC, will bolster the region’s competitiveness and converge geospatial, bioscience, agtech and aerospace with the city’s “advanced manufacturing sector.” It’s not clear yet how many jobs AMIC and other developments funded by this grant will bring St. Louis.

In a press conference Friday morning, Jones and St. Louis Development Corporation Director Neal Richardson assured that developments funded with this $25 million grant will benefit current north city residents and not “push them out” as so many other major developments have historically done to low-income, primarily Black neighborhoods in St. Louis.

“We will work to make sure that this growth is equitable, so long term residents who have remained dedicated to their neighborhoods are not pushed out,” Jones said. “Development should happen with the community, not to it.”

The SLDC board last September agreed to execute an “economic justice plan” to ensure equity and transparency in how development decisions are made. The AMIC project “hits all the buckets” of the economic justice plan, according to Richardson, which SLDC will unveil at the mayor’s business luncheon on September 28.

“We want to ensure that equitable development happens; that we are not pushing out residents, but they're engaged in the process,” Richardson said.

Around the AMIC facility, Richardson added, SLDC “has been working strategically” to set aside parcels for “development to happen in an equitable way.”

“As we are developing this plan on that 400 acres that we are seeking to redevelop, we will ensure that the community voice is heard but also the business benefit from that as well,” Richardson said.

St. Louis was one of 21 recipients out of 529 applicants for the Economic Development Administration’s Build Back Better Regional Challenge grant program. The winners received between $25 million and $65 million.

In addition to AMIC, other funding will go toward local educators and organizations who work to build diverse workforces. Rung for Women, a St. Louis nonprofit, will receive $1 million to prepare women for advanced manufacturing careers. BioSTL, Harris-Stowe State University, WEPOWER St. Louis and the Small Business Empowerment Center will altogether use $7.5 million provided from the grant to promote racial equity in entrepreneurship.

Greater St. Louis was the lead applicant of the grant but worked with several local governments and organizations in the area, including St. Louis County, Saint Louis Public Schools and Boeing, among many others.

“Working together as a metro is working, and it is how we will win this next decade for St. Louis,” Greater St. Louis, Inc. CEO Jason Hall said in a statement.