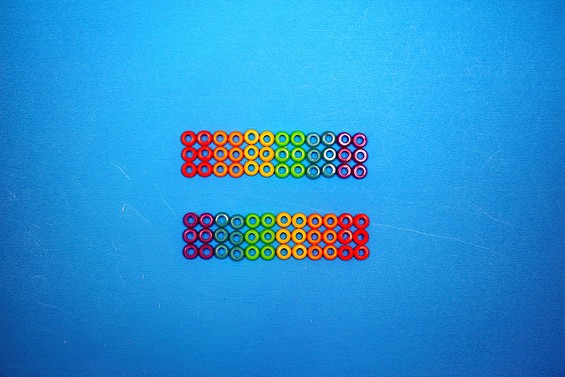 Purple Sherbet Photography
Missouri's constitutional ban on same-sex marriages has been struck down by a judge.

After ten years and three months with a voter-approved ban on same-sex marriage, Missouri is now one of the 33 states where gay couples can get hitched.

There's still a legal battle to be fought, but Attorney General Chris Koster says he won't stop anyone from marrying while he appeals a St. Louis circuit court judge's ruling that says Missouri's marriage ban is unconstitutional.

Gay couples marrying in other states have had trouble with wedding vendors who refuse to serve them as customers. But never fear, Missouri -- the Show-Me State is full of wedding vendors who've backed marriage equality from the get-go.

PROMO, Missouri's leading LGBT advocacy group, asked wedding vendors statewide to share why they support same-sex marriage. Here's what 26 of those vendors had to say: 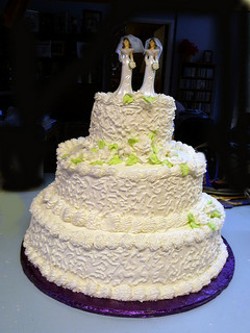 Wedding Cakes Whisk: a Sustainable Bakeshop: "Because everyone deserves that right! Why WOULDN'T people support this?"

The Sweet Divine: "We love EVERYONE!"

Jilly's Cupcake Bar and Cafe: "Our founding principle is: individual celebrations, celebrated together! It's all about the...peace, love and cupcakes! Peace and love is all that matters in the end, and we want to celebrate that with everyone!"

Bixby's: "To our team, love knows no race, no gender, no boundary. Quite simply, we love to celebrate love!"

Coronado Ballroom and Catering: "I am a gay man and vice president of the company. My own wedding was held at the Coronado Ballroom. We are a diversified company and believe all individuals have the right to marry regardless of sexual orientation."

Enchanted Hills Weddings & Events: "We believe marriage is about love, not gender or orientation. Everyone deserves the right to marry whomever they love."

The Lalumondiere Mill & Rivergardens: "Finding a person to love, and be loved by, to form commitment with and to share life with is a gift, regardless of the gender, color or creed. To have that loved one legally recognized is only right."

Caterers The Feasting Fox: "We support the freedom to marry because it is the right thing to do!"

Ces & Judy's Catering: "We love all types of love."

Patty Long Catering: "Patty Long Catering supports all couples who intend to commit themselves fully to each other and celebrate their love for one another. We believe all people have the right to love and to have their bond formally recognized if that is what they wish to do."

Update: Butler's Pantry asked to be added to this article. We're still in a honeymoon phase, so why not? Here's their quote:

Butler's Pantry: "We honor marriage and celebrate love. From the moment we begin working with you to the 'thank you' of the last guest, Butler's Pantry is committed to planning and executing a flawless celebration of love." 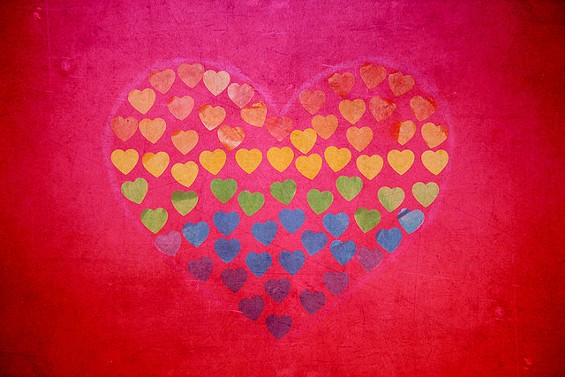 Hair/Makeup The Final Cut: "As gay men, we were married in Iowa, I would love to have been married in Missouri, instead of out of state."

Shear Soul: "I have been in a committed relationship with my partner of six years. We both support equality and would like the freedom to marry...for all!"

Officiants Forever Wedding Memories: "First, because it's the right thing to do. Second, because I love my daughter and her spouse (whom I also consider my daughter) so, so much, and know they should have the same rights as others. In fact, we had a big wedding for them in 2007, and they've since been able to marry legally in another state."

Chad Herring at John Knox Presbyterian: "We believe all are created in the image of God, that God showers all of us with wildly abundant love, and we delight in life long celebrations of love as Christ welcomed all to the wedding feast...​"

True Hearts Weddings: "We do not have the right to discriminate against willing adults who want to get married. Love is love, and all should be treated equally!"

Flowers Urban Buds: City Grown Flowers: "As one of the first gay couples to be married in the city of Saint Louis, we strongly support the rights of all Missourians the freedom to marry!"

Alan-Anderson's Just Fabulous!: "Because we are two gay men who've been together for over 30 years and are waiting for the day that we too can marry in our home state."

Florissimo: "We should all be equal under the law, end of story.​"

Photographers Chaotic Perspectives: "Love is love. Who are we to stand in the way of love?"

Bobbi Brinkman Photography: "We all deserve the chance to say I do! As a memeber of the LGBT community and in a long term committed relationship to see this law pass for all states during my lifetime would be amazing."

Dave Moore Photography: "I love seeing people who are genuinely happy together, and I want to capture those moments for them. Doesn't matter who they are!"

Shotzz: "I am a gay man wanting to marry my partner as well. I look forward to the day that every human is free to marry who they choose."

Sydney Holst Photography: "We do not believe government should have dictation over something so personal."

Bramy Entertainment: "We all deserve equal rights and we believe that everyone should be treated equally."

Brewskeez: "Everyone deserves to be happy!"