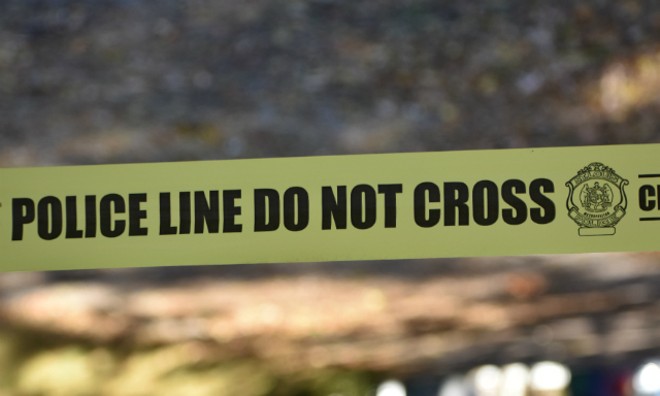 RIVERFRONT TIMES
St. Louis County police took the boy to the hospital, but he didn't survive.

Update, 5:58 p.m. — St. Louis County police say they've now learned the boy, Rodney March III, accidentally shot himself with an unsecured gun he found in a bedroom of his family's apartment in the 9500 block of Jacobi. Rodney was home with his mother and father at the time. The boy's mother started to drive him to the hospital when she spotted police and sought their help.

Police are now investigating the case as an accidental death.

Police had initially reported the boy was eventually airlifted from one hospital to another, but they clarified that he died before the flight.

See the original story below.

A three-year-old boy who was shot this morning in north St. Louis county has died, police say.

At 11:35 a.m., police were notified of a shooting in the 9500 block of Jacobi Avenue between Jennings and Ferguson. Moments later, officers were flagged down by a woman who was driving erratically along Halls Ferry Road, little more than a mile from the shooting.

When she spotted the officers, she flagged them down and pulled over, police say. The wounded three-year-old was in the car. Officers decided their best shot was to put the boy in the patrol car and race to the hospital. One officer provided medical aid, while the other drove.

After they arrived, the boy was airlifted to a second hospital, but he did not survive.

Police are still investigating and have not released any additional information about the boy or the circumstances of the shooting. They have blocked off areas around the scene of the shooting.

They ask anyone with information to call 636-529-8210 to speak with investigators or to report information anonymously, call CrimeStoppers at 1-866-371-TIPS.

Correction: The boy's first name was incorrect in an earlier version of this story.