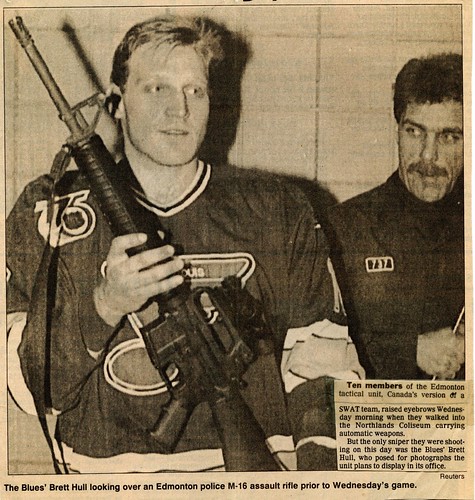 Brett Hull, one of the greatest goal scorers of all-time despite being a small, slow skater with blonde spikes on his head for most of his career, participated in a live, Q & A chat with Blues fans on the Post Dispatch's website Thursday - and it was pretty revealing.

1. Brett Hull is Still a Boss

A fan asked Hull, "If you came out of retirement today, how many goals do you think you could score this season for the Blues?"

Hull answered: "I would score more than anyone else because that's what I do."

The Golden Brett doesn't mess around with those bland answers so many hockey players give to questions like these. There's no "Oh, I couldn't even begin to imagine playing again" or "Well, shucks, the game is so tough now and the players are so good, I don't think I could keep up." No. Hull keeps it real. This guy probably shines his Stanley Cup rings while sitting on the toilet listening to "All I Do Is Win."

If Brett Hull says he will score the most goals if he came out of retirement, you better believe that he will, because THAT'S JUST WHAT THE MAN DOES! 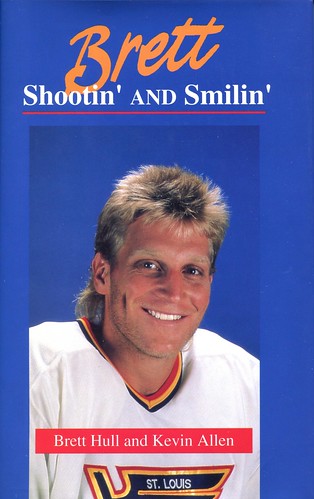 You know how all of sudden over the past few seasons NHL players go to the bench and high-five their teammates after every goal like they're 4-year-olds who just learned how to play the game and their coach is an armchair child psychologist obsessed with boosting kiddie egos who non-ironically puts motivational posters in his office?

It's an annoying trend and NHL players need to realize they're grown men and go back to patting the asses of their teammates who were actually on the ice when the goal was scored, not the back-up goalie sitting on the bench wearing a baseball cap.

Evidently, Brett Hull feels the same way. It was reported Thursday that the Blues put an end to the "conga line" celebrations. But who was responsible for the act of humanity was unknown - until now.

A fan asked Hull if he ordered the stop. Hull responded:

Yes. We strongly suggested they acted like they've done it before. Me, Chaser [Kelly Chase] and Big Walt [Keith Tkachuk].

Thank you, Brett. Thank you so much.

Read about Brett Hull wants to torture the City of Buffalo on the next page.