6 Perfect Holiday Gifts from Missouri For Anyone Who Loves Bacon, Jello Shots or Grillz

Riverfront Times
Who has a holiday Jell-O shot recipe, please?

Christmas is a week away! Do you have all your holiday shopping done?

If not, never fear. We have a few Missouri goodies up our sleeves that make perfect presents:

For friends preparing for a zombie apocalypse: Tactical Bacon

via
Step one: Open can. Step two: eat bacon.

When the walking dead arrive, there'll be no time to heat up the skillet. A guns retailer in Fayette, Missouri, sells 54 slices of bacon ready to eat straight out of a nine ounce can. Tactical Bacon, or tac bac for short, has a picture of an automatic rifle on the can, so you know it's serious.

For your crazy conservative OR crazy liberal friends: Cruz to the Future coloring book 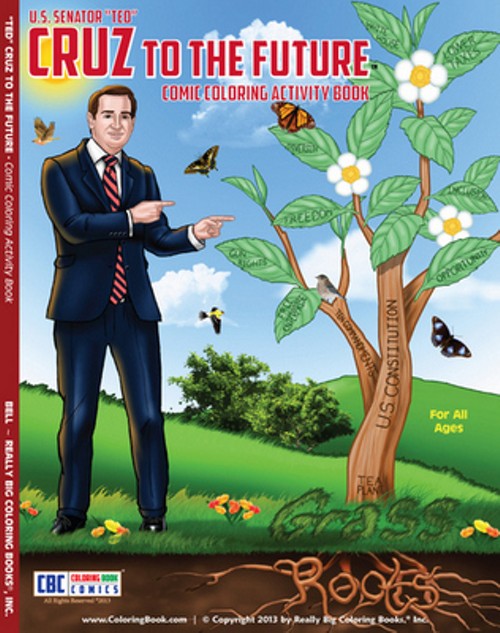 Really Big Coloring Books, Inc., based in Clayton put out a coloring book based on the life of Tea Party darling and Texas senator Ted Cruz. The book calls him a "real life superhero" and offers a page where you can color Cruz as he delivers his 21-hour speech against Obama care, which the book calls "worse than any war."

For the hostess who needs the mostest: The Jellinator

We've personally taken this miracle invention for a spin, and we're thrilled to say it's a game-changer for the drunk on the go. The Jellinator, invented by a boozy genius in Creve Coeur, makes filling plastic containers with boozy Jell-O a breeze. Our favorite recipe combines pineapple Jell-O with malibu rum for a Pina Colada -- but if you really need a stiff one, try orange Jell-O and orange vodka for a Screwdriver. Whatever you do, don't try to salt the rims of your Jello-O shots. It just doesn't work.

See also: The Jellinator: A Test of the Ultimate Jell-O Shot Maker

Find out how to keep your nuts from getting shot off after the jump. For your most fashionable friend: Bagg'ns

If you're going to sag your pants, do it respectfully and responsibly. That's the message from Thomasina Clarke, who likens saggy pants to cursing at your mother. She invented Bagg'ns pants so tough guys can sag with style -- and without showing the world their underwear and their behind. Bagg'ns have two waistbands: one at the waist to hold the pants up and one below the hips to look like saggy, baggy jeans. Clarke tells the Daily RFT that are packin' -- love, not guns -- can rest assured; Bagg'ns have fourteen-inch zippers.

via
The most gangsta way to keep your kids quiet.

Sometimes children can be loud. Keep them quiet in the most gangsta' of ways with the Full Grillz pacifier from Billy Bob Teeth in Hardin, Illinois, just an hour north of St. Louis. The shop's founder, Jonah White, grew up dirt poor in a log cabin and now sells all sorts of hillbilly products, including mullets and a gun that shoots liquor. If you're looking for a gift with a fascinating story behind it, look no further than "The Billy Bob Secret Guide to Life."

For friends with dicks: Nutshellz

Do you have someone on your gift list whose nuts you'd like to shoot off? Here's the best of both worlds! Nutshellz can protect the family jewels from a bullet, and we personally watched High Ridge inventor Jeremiah Raber shoot his creation with a Glock 34 9mm and a Walther p22. Raber layered Kevlar on ultra-high-molecular-weight polyethylene -- two materials many times the strength of steel -- to create the model to protect MMA fighters, but its success rate caught the eye of military and law enforcement officials, who say dick shots are a serious risk in their work.

See also: Video: A Test of "Nutshellz," the Saint Louis-Invented Groin Protector That Can Take a Bullet