9 Reasons Why Opening Day Should Be a National Holiday 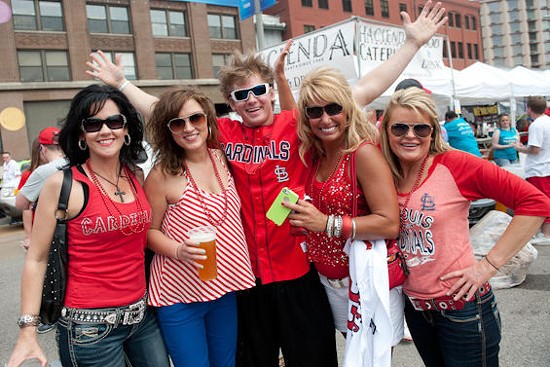 If you're a lifelong St. Louisan, it may surprise you to know that Opening Day is not actually a national holiday. It just feels like one here in the Lou.

But two St. Louis institutions -- former Cardinals shortstop Ozzie Smith and Anheuser-Busch -- are petitioning the U.S. government to declare Opening Day an official holiday. They need 100,000 signatures to get an official response from the Obama administration, and after only three days, they're a quarter of the way to their goal.

"Opening Day brings with it the promise of a new beginning," Anheuser-Busch writes in the official petition. "Join us in our quest to make sure every American can exercise their inalienable right to celebrate the day those two magical words are uttered for the first time: 'PLAY BALL!'"

Why should Opening Day be a national holiday? Here are ten good reasons: 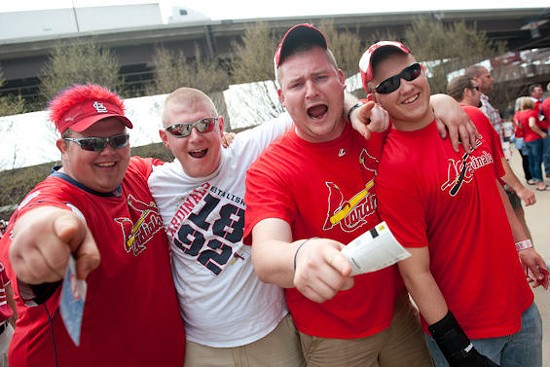 There's nothing like a hot dog, a cold beer and a spot in the sun at a baseball game to make you feel like a real American. The United States are all about equal opportunity, and baseball has a place for everyone. Not big enough to play football? Come run the bases. Not tall enough to play basketball? Get a bat in your hands and crouch until your strike zone disappears.

2. St. Louis is basically doing it, anyway, and it's awesome.

St. Louis has been accidentally been field-testing what it would be like to make Opening Day a national holiday, and so far, the results are outstanding. Bosses look away when their employees take the day off to root, root, root for the home team, and everyone's happier because of it.

See also: Opening Day: Thirty Cardinals Fans Who Are So Excited They Just Can't Handle It

3. A lot of these signatures on the petition are from Cardinals territory.

Have you scrolled through the list of 27,000+ signatures on the petition to make Opening Day a holiday? Many of them come from rural Missouri, eastern Illinois and northern Arkansas, prime Cardinals territory. Redbird fans want this.

4. Because Ozzie Smith says so. Mr. Smith is going to Washington, and we couldn't be happier.

5. So do Howard Johnson, Eric Byrnes and Sean Casey. You don't have to be a Cardinal to get behind making Opening Day a national holiday. After all, the Redbirds need someone to play.