Byrd has not spoken publicly about the fires and essentially disappeared from Parma immediately after. The New Madrid County Sheriff, Stevens, says his investigators talked to her the first day, and he has since heard she is staying out of state.

"I think she's just kind of in shock," he says.

She did not seek the media spotlight that followed her into office in 2015 and soon retreated, shutting down interview requests before the first wave of coverage had ended. In one of those early interviews, she appeared on NBC News and described her bewilderment at the mass resignations.

"I don't know why," she told the network. "It was cited to me that it was safety issues. I would love to know what those safety issues are. I wish we could have set down to come to whatever the reasons there were. Maybe we could have come to some kind of agreement and understanding."

Instead, employees complained that Byrd never approached the staff after her election. Once she was in office, people claimed she was hard to reach and avoided the public.

In the aftermath of the fires, her father did most of the speaking on the family's behalf. The New York Times, Washington Post and St. Louis Post-Dispatch could not reach her. She did not respond to requests for comment on this story.

Asked if she was considered a suspect in the fires, Stevens says he "can't rule it out," but only because they haven't been able to eliminate almost anyone. "Well, she's as much of a suspect as anybody," he says.

Investigators discovered the City Hall fire had been set in multiple places inside the one-story brick building — and happened while firefighters were occupied a quarter-mile away at Byrd's house. By the time Lilbourn's crew noticed the smoke, there was a roaring blaze showing through the front door.

"The fire at City Hall was definitely arson," Stevens says. "There's no doubt."

Lilbourn Assistant Fire Chief Kenny Schaffer responded to the scene that morning after finishing his late shift at a power plant. Back-to-back fires sounded suspicious, so he called for a state fire marshal.

"The front glass was blowed out," he recalls. And when firefighters went around to the rear of the building, they discovered the back door, normally locked, was open.

The building had once served primarily as the police station. Byrd moved government operations there from the community center late in her term, reportedly to save money. It wasn't like the police were taking up much space. Following the 2015 resignations, Parma operated with just one officer.

The fire has turned City Hall into another eyesore, one of three vacant, burned-out buildings within a half block. It is still boarded up across the front. A strand of yellow caution tape stretches over the sidewalk. Mayor Williamson says it would cost too much to repair the building.

He unlocks the back door and leads a quick tour of the damage. The sour smell of damp ash is immediate. The worst of the fire tore through the front office. Wood paneling has been charred black and strips of insulation hang from the ceiling. Tile floors are smeared with soot.

At the center of the destruction, the town's computer sits in a torched heap atop a roasted desk. Investigators and town officials were able to salvage a few boxes worth of paper files from drawers and file cabinets, but whatever was on that computer is gone. 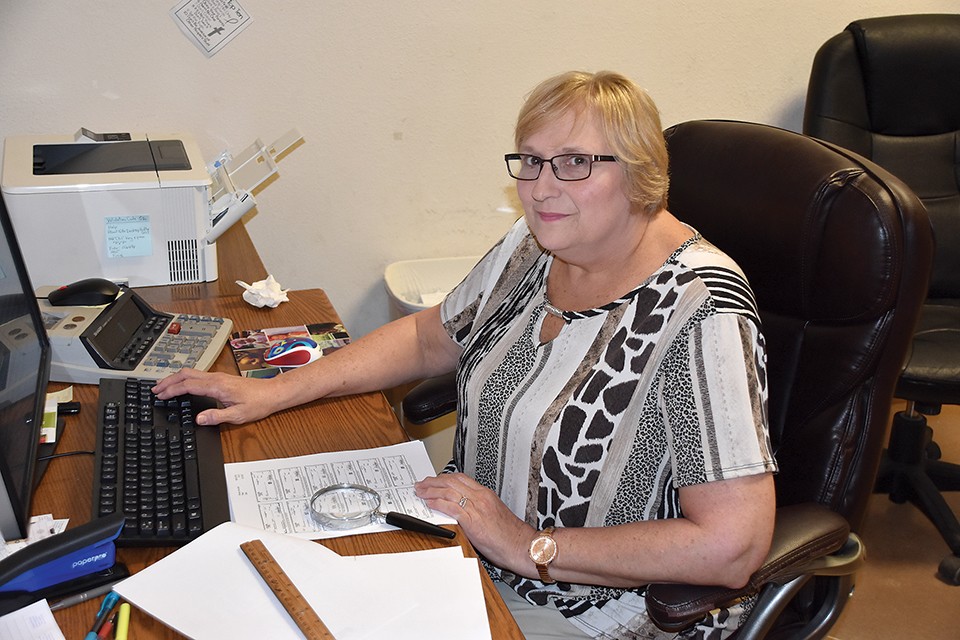 Among those who visited Parma to poke through the remains of City Hall were a pair of investigators from the Missouri State Auditor's Public Corruption and Fraud Division.

In the fall of 2018, a whistleblower called the auditor's hotline with concerns about operations under Byrd. Details of the allegations haven't been publicly revealed, but state Auditor Nicole Galloway has said that an investigation by her staff found them to be credible.

The next step would be an audit. State law requires a formal invitation or a residents' petition for that to happen. There was no request under Byrd, but the election of Williamson offered an opening.

Then City Hall burned. That very next day, while the fire still smoldered, Galloway revealed that the new administration had planned to make a formal request for the audit at a special aldermanic meeting. It had been scheduled for the following day. But the fire left serious questions: Would there even be records to audit?

"If they had come down even two years ago and stopped this madness, we wouldn't be in this mess," she says.

Hampton worked for the city for 23 years under Mayor Ramsey. It was a part-time job. Ramsey allowed her to work from the offices of a cotton gin that her husband owned. She kept the books in a safe at the back of her office.

Hampton says everyone knew where the records were and that a second set was stored in the community building. Ultimately, the arrangement benefited the city, she says, because the gin donated the use of office equipment, such as a printer and copier — not to mention storage space in its safe.

"And it was a fireproof safe," Hampton adds pointedly.

She was sorry to see Ramsey leave office. "He was a really good person, a good man," she says. (Ramsey died last year, in his sleep.) In contrast, Byrd made her and other employees from the past regime uneasy. Byrd had previously been a city clerk for a short time, and when she left, a few thousand dollars were inexplicably missing from court funds, Hampton claims. It was never tied to Byrd, but Hampton says the lingering questions are what prompted much of the old staff to resign. She considered quitting with them but says others in the community persuaded her to stay and keep an eye on things.

She did, for a while, but left after a few months of clashing with Byrd. She says the final straw came after she learned the city was dangerously close to not making payroll. Alarmed, Hampton says, she contacted a clerk for help sorting it out. Word soon got back to Byrd.

"She called me and jumped all over me and chewed me out for telling the clerk," Hampton says.

She quit the part-time job after that, but she did not fade away. Convinced Byrd was steering the city to financial ruin, in 2016, Hampton took her concerns to law enforcement.

The sheriff's office and state police investigated, eventually driving Hampton to Jefferson City to meet with the state auditor's staff. Investigators there reviewed the information but ultimately decided they didn't have enough to determine whether there had been any fraud or theft.

Then, in 2017, her husband Allen Hampton was elected one of Parma's four alderman. He had hoped to get access to more of the town's financial records but says Byrd often kept information from the board. When he tried to contact her, her staff claimed she was in meetings.

The conflicts came to a head one afternoon. Allen Hampton caught up with Byrd at the community center, but she went behind a clerk's window and wouldn't talk to him, he says. It got pretty heated.

"I was talking strong, and she slammed the damn window on me," Allen Hampton says.

He banged on the window, and she called the town's lone cop to have him arrested. Hampton suggested they also contact the sheriff's office and state police.

When they showed up, Allen Hampton says, they refused to arrest him and told the Parma officer they would lock him up for kidnapping if he tried to make the bust.

Gearing up for the 2019 election, the Hamptons were eager to find a replacement for Byrd. But neither wanted to run.

"Mayor Williamson is the one who stepped up to run for mayor, and that's how we got Mayor Byrd defeated," Allen Hampton says.

And with that, Kim Hampton went back to doing the city's books at the cotton gin, a task that's been complicated by the fire at City Hall. Kim Hampton says she was able to get the past four years of statements from the bank to go with whatever the fire did not destroy. On a recent visit, she sits with a magnifying glass, entering amounts from photocopies of checks into a database. Salvaged papers scent the safe with the smell of smoke and ash.

Hampton says she hopes to quit the volunteer position as soon as she sorts out Parma's finances, but so far the picture is grim. She says the city is now more than $50,000 in debt. Byrd's administration had essentially ignored basic obligations to take out money for state unemployment, state withholding and sales tax among other bills since mid-2017, according to Hampton. In addition, the state notified Parma that the city was being fined $30,000 for not filing its 2018 financial report — a requirement of municipalities. The city had also stiffed local vendors on bills.

"We've got all this debt that we've got to figure out how to pay," Hampton says.