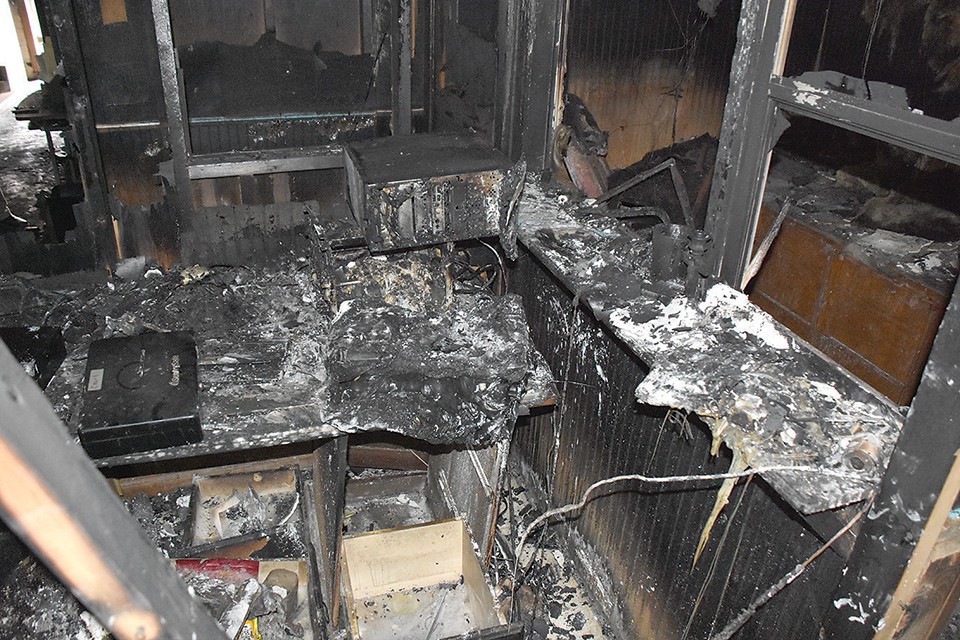 DOYLE MURPHY
Investigators say the City Hall fire was set in multiple places within the building.

Someone set City Hall on fire.

In the background of Parma's political battles and financial wrangling is the investigation into a brazen arson — very possibly two. Sheriff Stevens says that while he's convinced the City Hall fire was intentionally set, the cause of the house fire is murkier. He — and just about everyone else in town — strongly suspect the two are linked. But he is running into a familiar problem in arson investigations: Sometimes the evidence burns up.

"The house was a total loss," Stevens says. "There wasn't even any frame standing. It was a complete burn."

Once the embers cooled, investigators used shovels and a backhoe to sift through the debris. Stevens says they came up empty. Everything had burned, including any sign of how or even where the inferno began. Progress on both fires has been slow, he adds. They have no suspects. No eye witnesses have come forward.

Not that it has slowed speculation in town. The theories of who is responsible generally center around Byrd — either as the suspect or the victim.

Williamson, for one, now suspects there was a reason he wasn't given the keys the night he was sworn in.

Everyone has an idea of who is responsible, but investigators say they've uncovered precious little evidence. Multiple people insist to a reporter that a local drug addict set the fires, although they're split on whether he was motivated by Byrd's camp, her adversaries or his own demons. Some say he was spotted carrying a gas can near City Hall on the night of the fires.

Stevens has, of course, heard the same stories. "We've got a lot of conspiracy theories that we've been approached with — 'I think this guy did it, I think that guy did it,'" he says.

Those who suspect Byrd point to the looming state audit, theorizing the house fire was a diversion, occupying firefighters while the town's computer and other records went up in flames. And yet, burning down your own house would be a pretty extreme move.

"She didn't burn her own house down," says a relative of Byrd's, who asked to be identified only by her first name, Mary. "That's ridiculous."

She and others in Byrd's camp suspect the fires were the culmination of four years of animosity.

"Last night a possible 'Hate Crime' took place in Parma, MO!," Byrd's husband, Adrian Byrd, wrote on Facebook hours after the fire. "Thank God my Family is safe! We do not have confidence in New Madrid County Sheriff dept investigation! Hopefully State and or Federal authorities will find out who is responsible for this cowardly act! Thank you for all your prayers!" He soon deleted the post.

Schaffer, the Lilbourn assistant fire chief, says he only saw the scene after firefighters had cleared, but what he saw seemed odd.

"It just didn't look like a normal burnt structure," he says. Even in the worst of house fires, a few things usually remain. At Byrd's house, there was nothing. "No bed frames or springs. Nothing metal that should have been stuck up. No refrigerators. No appliances."

He emphasizes that he is not accusing anyone of anything, but the fire continues to seem strange to him.

"By the looks of the remains of the house," he says, "I don't think the house was occupied."

Byrd's father, Simon Wofford, owns a small auto body shop in Parma. Even with Memorial Day weekend in full swing, he is at work early on Saturday morning to pull the transmission out of a truck and does not have much time to talk.

A longtime alderman in Parma, he knows some people think his daughter was somehow involved with the fires. That makes him shake his head.

"When something like that happens, they're going to look at us first," he says.

Whereas some saw his daughter as combative, the 71-year-old Wofford is soft-spoken and generally regarded around town as measured and thoughtful. He worried about Byrd when she was the mayor. Her election and the ensuing spotlight sparked a frightening fury in some.

"She received some threats," he says. "She would get notes on her door."

One man even threatened to burn her house down, according to Wofford. After the fire, he counseled her to avoid Parma until things calmed down.

He says it's true his daughter often stayed out of town, even when she was mayor. Her husband works in Jonesboro, Arkansas, and she would make the 90-mile commute to Parma on nights she stayed there. The house is in Wofford's name, and he says another of his daughters had been living there recently.

After a few minutes, he says he has to get back to work on a truck, but he is happy, for Byrd's sake, that her time as mayor is over. It made her too much of a target.

"I'm glad she's not in the position anymore," he says. 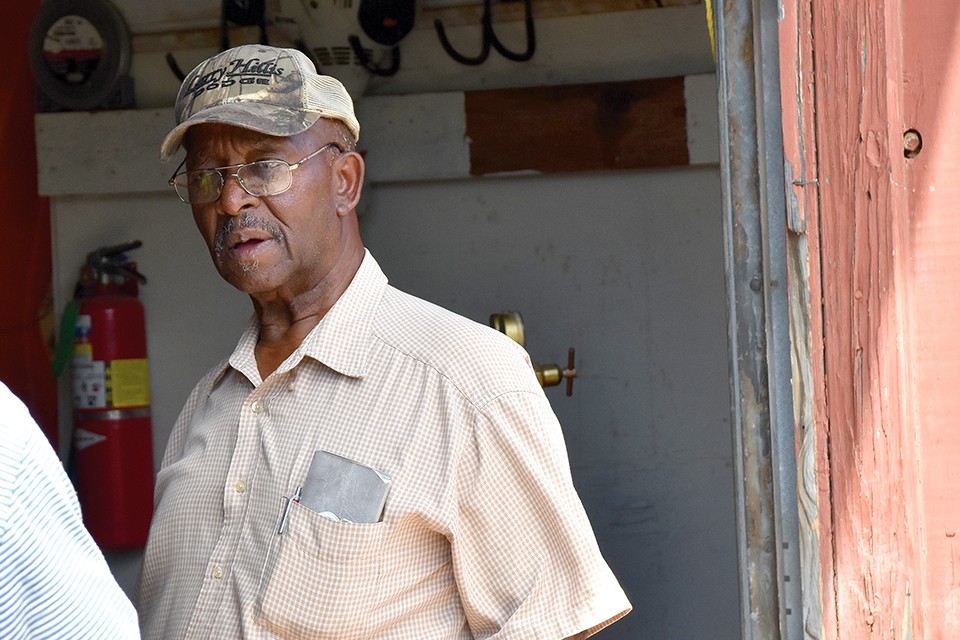 Mayor Williamson is hoping to start fresh. When he took over in April, Parma again saw a giant shakeup: this time, because Williamson fired everyone from Byrd's staff, including Parma's only police officer. There were no national headlines about that — only the fires.

The city now depends on a skeleton crew of part-timers and volunteers. Williamson, who spent much of his career working for Pfizer in St. Louis before returning home to the Bootheel, spends his days mowing city properties, overseeing a pair of part-time maintenance workers and chasing down the odd nuisance complaint, such as dumped tires. His salary is $400 a month.

"We're going to clean it up, paint it up — make it look accessible," he says of the town.

City Hall, however, is probably done. "I don't think we're going to rebuild that," Williamson says.

Volunteers from a nearby VFW post spent part of Memorial Day weekend making repairs to the community center, so Parma can reopen city offices there.

Two of Parma's few remaining thriving businesses — agriculture companies QMI Fertilizer & Grain and AgXplore — donated to the cause. Williamson says they have had so many offers to help rebuild Parma that he has had to turn people down.

"We've had people tell me, 'I'm going to help you fix our streets. I've got two shovels, I'm going to fix some of these holes,'" the mayor says.

There is still much to be done. Originally, Williamson says, he thought it would take him about six months to get the city looking presentable. The fires have pushed that timeline back, but he is still optimistic.

"Why don't you come back a year from now and see how we look?" he says.

He always knew it would be a hard job, but he says he had no way of knowing how hard. He did not expect to be finding a new home for city operations or waiting on answers in an arson investigation.

A reward for information in the fires has topped $20,000. Williamson went out in the dark that morning. He remembers standing there before the sun had risen on his first day as mayor and taking it all in.

"This was smoking," he says, gesturing to City Hall, "and that house was still smoking. I thought, 'My God, what has happened here?'"