A Girl Was Killed Two Days Ago in St. Louis and Nobody Has Identified Her

COURTESY ST. LOUIS POLICE
The shoe of a girl who was killed on Tuesday.

Update: St. Louis police have now identified the victim as Carieal Doss, who lived in the 900 block of Chambers Road in the Bellfontaine Neighbors neighborhood. Police had estimated her age at fourteen to sixteen years old but have now confirmed she was eighteen. Doss' family identified her after police and media distributed photos and information about the case. A police spokeswoman says it appears there was not a missing person report for Doss.

A young girl was killed sometime before 10:25 p.m. on Tuesday.

Police know her height (5 feet 6 inches tall) and weight (116 pounds), because that kind of thing can be measured. They know she had medium-length hair that had been braided. They know what she was wearing — a black Nike zip-up hoodie, red T-shirt and olive green cargo pants with grey sweats underneath. On her feet were red-and-white tennis shoes.

Police could see and catalogue all of that from the body they found when someone called the fire department to report a "person down" that night. But they don't know who she is. They estimate she's as young as fourteen, maybe as old as sixteen.

She was left lying in the 2800 block of Franklin Avenue, which is about a block west of Dr. Martin Luther King Drive in the Jeff-Vander-Lou neighborhood, north of Midtown. 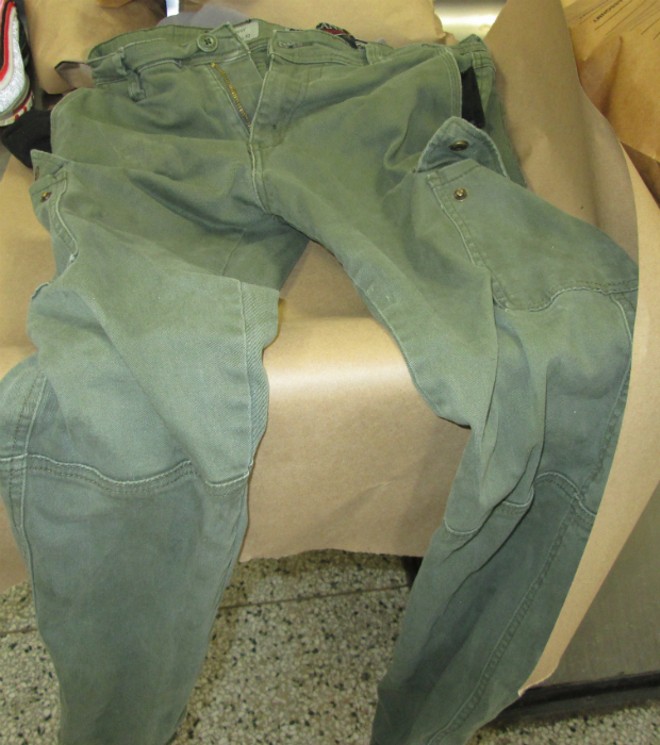 
No one has come forward to claim her body. Maybe no one has noticed she's missing.

Two days later, it's still not clear who she is or what happened. The pictures above are of her red-and-white shoe and her olive green pants. Police are hoping someone recognizes them and calls homicide detectives at 314-444-5371 or CrimeStoppers at 866-371-TIPS.