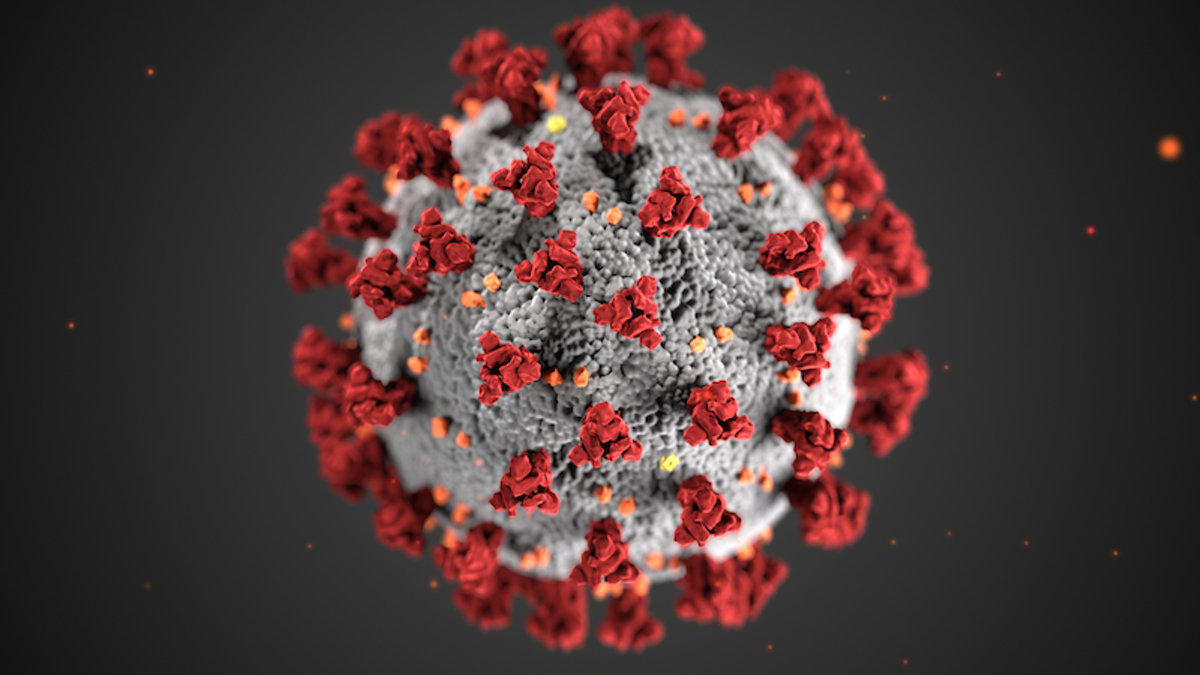 An illustration of COVID-19. CENTERS FOR DISEASE CONTROL

We know one thing for certain about the COVID-19 virus: There is no certainty.

As all the serious health care professionals and other scientists tell us every day, the nation and world are navigating uncharted territory. People need to heed their advice, prepare for the worst and hope for the best. And don’t seek wisdom on the Internet.

With that disclaimer, Saline County, Missouri might warrant our attention.

Saline is a small county of 23,370, nestled between Columbia and Kansas City in the western part of the state. More than half of its population resides in Marshall, a city of 13,065.

On its face, Saline County seems your typical rural slice of Missourah. It’s Trump country, having preferred the president by a 35-point margin in 2016, similar in that respect to our own St. Charles County.

Like most small counties dating back to the early 19th century, this one has some good stories to tell. Marshall was the home of Bob James, an acclaimed jazz musician, its Marshall Philharmonic Orchestra has received national note and it has one special distinction: Its most famous former resident was Jim The Wonder Dog, for whom the town park is named.

Jim The Wonder Dog was believed in the 1930s to have been able to guess the sex of unborn babies, accurately predicted the winner of the Kentucky Derby seven years in a row, among other feats and, 85 years ago this week, performed before the Missouri legislature, which “dropped its debate on the sales tax to watch (his owner) put his dog through the tricks which have made it famous,” reported the Sedalia Democrat.

The director of the University of Missouri’s respected School of Veterinary Medicine is said to have tested Jim, a Llewellin setter, and found he “possessed an occult power that might never come again to a dog in many generations.” For a local angle, Jim reportedly “puzzled” psychologists from our own Washington University.

So, there was that. And now there is this: Saline County is a hot spot for COVID-19.

But right there, between our two distraught local entities of government, lies Saline County with a COVID-19 infection rate of 235.86 per 100,000 residents. If this is news to you, it’s probably because this rather startling detail has not been the subject of any reporting I can find.

Through no act of enterprise, I happened to stumble upon this obscure statistic while viewing a map of COVID-19 published at the website of the Missouri Department of Health and Human Services (DHHS). This is not a highlighted item: DHHS is a remarkably feckless agency which tracks COVID-19 with far less passion than, say, the menstrual cycles of Missouri women, so it was just by scrolling the map that I noticed Saline’s County’s dubious distinction.

I don’t pretend to know what this all means, if anything. To date, no one has died — at least to public knowledge — from COVID-19 in Saline County. Thank God for that.

Here’s what I do know, based upon a visit to the Facebook page of the Saline County Public Health Department: The numbers in Saline County don’t look so great. And the source seems most credible: Judging from its page, this health department is serious, service-minded, compassionate and informative. Its numbers seem trustworthy.

As of Sunday, there were 67 positive cases of COVID-19, a number on its face that might not seem all that alarming. But consider the ominous unfolding of the story, as chronicled by that Facebook page.

The first reference to Saline County residents possibly contracting COVID-19 came on March 17, when the health department reported that six of its residents had been tested for the virus. One resident asked, “Are you going to tell us if it was positive?” and received this reply from the site:

“We completely understand your concern, but this is out of our hands. Once we get the results, I promise there will be a press release. Please understand this is stressful for everyone involved.”

The answer came fifteen days later with the official announcement on April 1 from the department that two people had tested positive for COVID-19. The Facebook page stated: “We knew this was going to happen, so please stay calm. Out of respect for everyone involved we can't release any more information. When and if that becomes possible, I PROMISE, we will release that information. Calling the health department, posting on Facebook what you have heard from ‘reliable sources’, or contacting employees does not help us.”

The next day, as one might have expected, an angry resident posted: “Thanks for yelling FIRE in the movie theater! The mass hysteria going on at Wal-Mart right now (Friday) is your fault. You can go out there and ask almost any shopper right now.”

This is a chilling curve, not an aberration, and the health department doesn’t attribute the numbers to an unusual level of testing. Rural Missouri is simply not as immune to COVID-19 as many would think. Hopefully, Saline County is not a canary in a coal mine. (By the way, Scott and Perry counties in southeast Missouri also have high rates of infection, just not at Saline’s level, for now.)

On the Facebook page Sunday night, a woman posted that her brother-in-law had contracted the virus in Marshall and was on a ventilator in critical condition at the University Hospital in Columbia. The Saline County Health Department sent out its prayers.

Meanwhile, self-anointed patriots — including some politicians — will be sending out a message of their own this week at creepy rallies in the state and nation. They will presume, falsely, to speak for places like outstate Missouri with raging irrationality and grunted conspiracy theories, while flaunting their disdain for social distancing in an attempt to force the reopening of businesses.

Some folks in Saline County know better, however, and probably will be staying home. They’re more likely to be praying than prancing. And if Jim the Wonder Dog were alive today, that’s exactly what he’d suggest that they do.

Correction: An earlier version of this story misstated the rate of positive cases in relation to the population. We regret the error.

Ray Hartmann founded the Riverfront Times in 1977. Contact him at [email protected]net or catch him on St. Louis In the Know With Ray Hartmann from 9 to 11 p.m. Monday thru Friday on KTRS (550 AM).