A Tech Bro, an Heiress and a Populist Fight for Missouri's Senate Seat 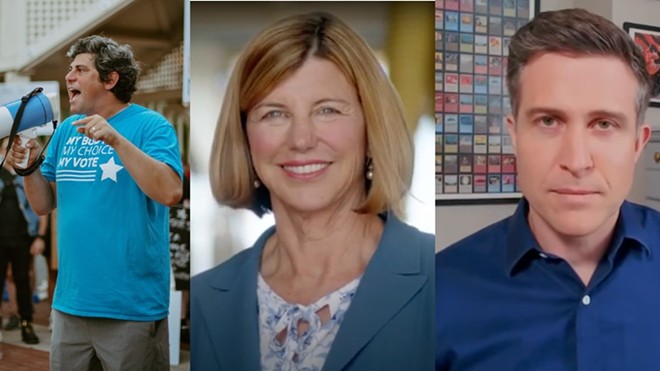 VIA SPENCER TODER, SCREENGRAB, SCREENGRAB
Spencer Toder, Trudy Busch Valentine and Lucas Kunce are all vying for the Democratic nomination to run for Senate.

It could not be said that the three Democrats running to be Missouri's next senator suffer from a narcissism of small differences. Just look at how varied their campaigns are.

Former Marine Lucas Kunce is seemingly everywhere in the state all the time.

"It's been town hall after town hall. It's about three events you can squeeze in a day," he tells the RFT, on the phone from Interstate 70 having just finished a stretch of appearances in St. Louis, Hannibal and Columbia before heading back to Independence, his hometown. "I blew my voice out over the weekend yelling over a train that was driving by one of them."

Kunce's voice, even the blown-out version of it, is focused yet homey. That homeyness falls away pretty quickly when talk turns to Wall Street, which, with Kunce, it often does.

Kunce is a Yale graduate and a lawyer who grew up in a blue-collar family, and his barnstorming campaign style matches his populist politics. He wants to protect abortion rights, voting rights and labor unions. But it's Wall Street and what he calls the "shareholder class" that truly animate Kunce. 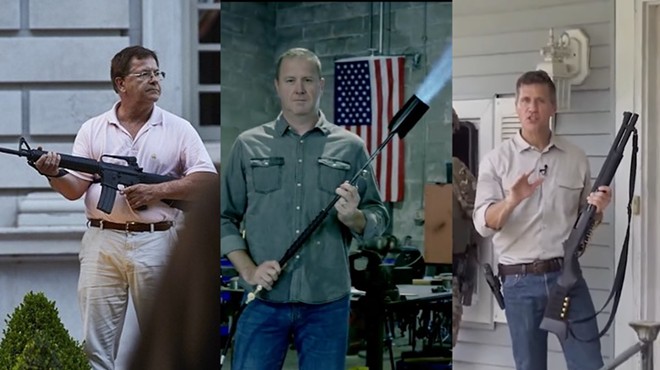 "I want to introduce legislation that says members of Congress cannot own stock, period. That's it," he says. "Them and their direct family members. And if they violate that law, they go to jail."

There is currently a law in place to curb congressional insider trading, but flouting it enjoys broad, bipartisan support.

Kunce's diagnosis of why Democrats have fared so poorly in statewide Missouri politics is also tied to his economic populism.

"When Democrats are the party that bails out Wall Street over and over again, when Democrats ... make decision after decision based on their stock portfolios, you're left with a couple issues to rattle around and you're fighting over those," Kunce says. And that, he says, leaves Missouri voters thinking to themselves: "They left me on the economic issues. So I'm just gonna vote on who I think is least likely to take away my guns."

Spencer Toder is only a slightly less omnipresent campaigner than Kunce. When the RFT caught up with him last week he was headed to Linn (population 1,350), having spent the previous night in Chillicothe and the afternoon in Moberly before delivering some yard signs to the town of Mexico.

Toder also engages in what he calls "digital deep canvassing." Despite the fact he claims to have actually trademarked the term, it's way less cockamamie than it might sound at first blush.

"It's really important to go to things like county fairs," Toder tells the RFT. "But then you realize that most politicians go to county fairs because back in the time of Lincoln, that was the only time communities came together and you could get in front of people. Now, we can literally be in the supercomputer in someone's pocket at any time and have a conversation with them." 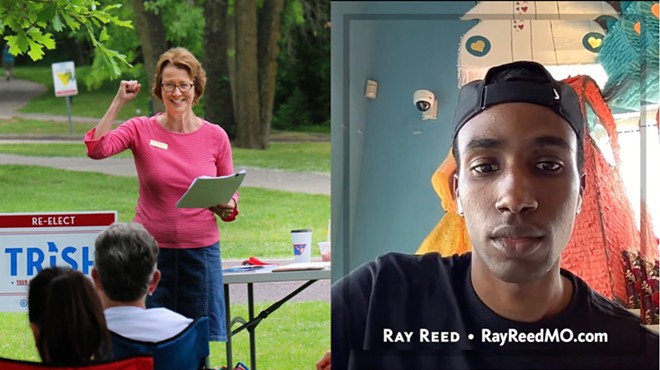 At the exact moment Toder engaged in our phone call, he says 32 text bankers were having conversations with people across the state. In the past seven days, the campaign had sent over 1 million text messages. Staffers had more than 20,000 conversations with voters.

His campaign's motto is "doing well by doing good," and in addition to trying to get himself elected, he's also using it as a vehicle to improve Missourians' lives. Those one million texts helped hundreds of families access the child tax credit, he says, and thousands more enroll in Medicare — benefits these Missourians didn't know they were eligible for until they were contacted by the Toder campaign.

Toder, who made millions from commercial real estate and investing in Missouri-based startups, adds that his campaign is accomplishing all this at a cost of two cents per text message, six cents less than an average campaign's expenditure.

The emphasis on that six-cents-per-message savings is reflective of Toder's overall tech-savvy vibe.

Speaking to him, one gets the sense that last year he really did survey the country's dire political landscape and decide the most rational thing to do was to run for Senate.

"I jumped into this race because I ran towards the fire," he says, with an urgency in his voice. "I was concerned for the fact that my wife and I have a two-year-old that I don't want to grow up in a world that is this divided and terrible and doesn't care for people."

To that end, Toder says, he'd vote to abolish the filibuster, expand and secure voting rights, aggressively address climate change with a "moon-shot climate bill," codify abortion access into law and work to see passage of the Equal Rights Amendment and the Pro Act, a piece of pro-labor-union legislation.

The third major candidate, Trudy Busch Valentine, enjoys the highest name recognition of the three thanks to being an heiress to the multi-billion-dollar Busch beer family fortune. However, her lack of availability both to the media and to voters has been a consistent criticism. A debate between Kunce and Valentine that would have been broadcast statewide was called off earlier this month when her campaign never responded to the invitation. 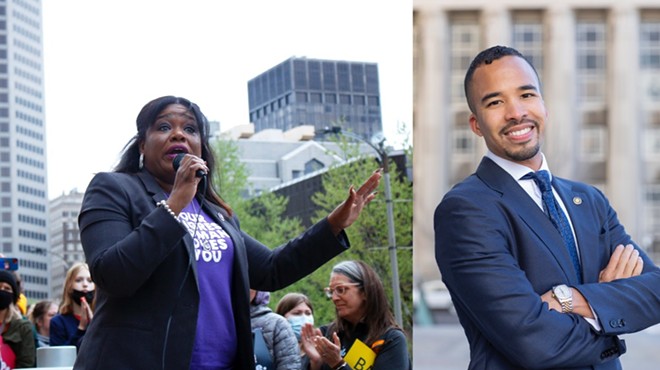 Hardly the only millionaire in the race, she has taken by far the most flack for her monied background.

Voters don't care about those attacks, she says.

"Most voters I meet with are concerned about inflation and the high cost of living," she told the RFT in an email (Valentine declined the RFT's request for a phone interview). "In the Senate I will focus on real solutions to these issues. I released an affordability plan that outlines my agenda to bring down costs, tackle supply-chain issues, make health care more affordable, and support families, kids, and seniors."

She also has a detailed policy proposal to combat opioid addiction, an issue incredibly personal to her. In August 2020 she lost her son to a painkiller overdose, which Valentine says spurred her to run for office.

It would be foolish to write her off. She can self-finance to a virtually unlimited degree, and the name Busch still carries considerable weight in Missouri. Her professional career as a nurse also bucks the worst stereotypes conjured by the word "heiress," and her health-care bona fides only become more important in a post-Roe and COVID-19 age.

Toder describes the 2022 election in Missouri as a "perfect storm." Kunce and Valentine would likely agree. The incumbent, Roy Blunt, is retiring. A moderate Republican, John Wood, will be on the ballot in the general election as an independent, likely stripping off center-right voters from whoever is the official GOP nominee.

And yet, with apologies to Wood and the eventual Republican nominee, the real opponent in November for Valentine, Toder or Kunce is likely going to be the "D" next to their own name.

"Increasingly in Missouri we are seeing [that] in statewide elections, your chances of winning as a Democrat are pretty slim," says Anita Manion, a political scientist at the University of Missouri-St. Louis. "Running as a Democrat is an uphill battle these days."

Things have changed since Claire McCaskill twice won election to the Senate. Right now, Auditor Nicole Galloway is the only Democrat elected to statewide office, a feat she pulled off in 2018 against an opponent with a history of not paying her taxes and who likely did not live in Missouri for the 10 prior years required under state law.

But that was four years ago — back when tax delinquency and a dubious history of residency were considered scandals in Missouri politics. In addition to picking the state's next senator, the 2022 election will also determine whether even gargantuan scandals are an impediment to election in Missouri.

"All three of those Democratic candidates are keeping their fingers crossed that their Republican opponent is Eric Greitens," Manion says.