Tens of thousands of people swarmed the America's Center this weekend for St. Louis' first-ever Comic Con, a three-day event celebrating pop culture and science fiction. The event -- in which both hardcore nerds and casual fans interact with high-profile actors, artists and writers -- was so popular that Wizard World has already announced plans to return in 2014, with AMC's The Walking Dead stars Norman Reedus and Michael Rooker confirmed to appear.

"The response from St. Louis has been overwhelming," says Jerry Milani, PR manager for Wizard World. "Wizard World was immediately embraced by the fans and the city. The costume contest last night was off-the-charts unbelievable and already rivals the participation we've had in cities where we've held events for years."

Below, we share A-to-Z highlights of the Lou's new favorite convention. Because of St. Louis' high turnout, we're now assuming you know your Harry Potter spells and X-Men origins, unlike in last week's non-nerd guide to the event. Try to keep up. 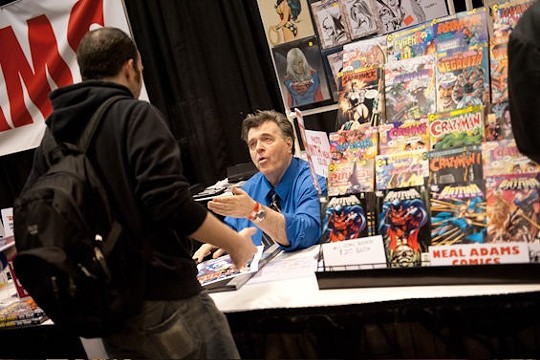 Jon Gitchoff
Comic-book author Neal Adams was just one of the big names at Wizard World.

Award Winner -- Neal Adams, Eisner Hall of Fame and Kirby Hall of Fame winner, was a huge draw as he signed fans' X-Men, Batman and Green Lantern issues. We caught him enjoying some nachos at his booth late Saturday. Adams' booth number, appropriately, was 314. 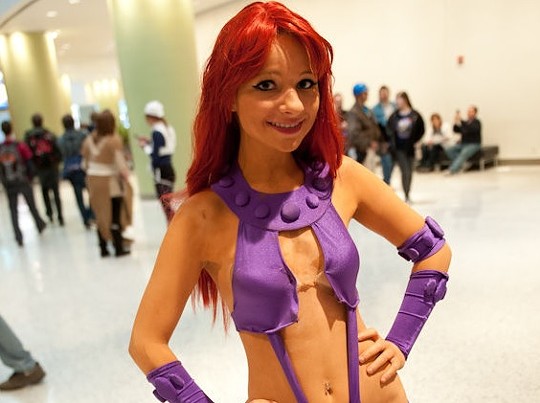 Boobs -- These were everywhere, as the ladies disproved the notion that nerd stuff is only for guys. We spotted women in elaborate TARDIS dresses and Link tunics buying comics, hats and lightsabers. See slideshow: The women of St. Louis Comic Con

Comic Books -- More than 85 writers, illustrators and letterers were on hand to chat with fans about their work, and about a dozen comic-book collectors had booths to showcase their collectible editions and hawk their more pedestrian wares. St. Louisan Adron Buske, writer and co-creator of the Web comic Loop & Hoodie, said that Wizard World's focus on all things nerdy -- not just comic books -- was good exposure for his team. "It brings in a diverse audience," Buske said. "For us, it's awesome because we can reach people who might not normally go to cons."

Doctor Who -- 2013 marks the 50th anniversary of the popular sci-fi show, so naturally Wizard World allotted quite a bit of programming and booth space to the series. During one panel discussion with show insiders and bloggers, fans were curious about the 8th Doctor ("He couldn't help it; he got a shitty movie.") and if the current Doctor would change soon. (Speculation is that Matt Smith will be leaving at the end of this season or after the Christmas special.) Fans also learned that one of the panelists was commissioned to paint a portable toilet like a TARDIS.

Excelsior -- Get to know this regular phrase for Stan Lee, Marvel Comics' biggest name and mastermind behind Spider-Man, X-Men, Daredevil and other major titles. Lee was the draw at the convention, holding court in a packed Q&A session and being promised that his signature on a man's forearm immediately would be turned into a tattoo.