ABC Affiliate to Get News -- From NBC

Send a News Tip
This just in: For the first time in almost a decade, you'll be able to get local news from your ABC affiliate in St. Louis, KDNL. 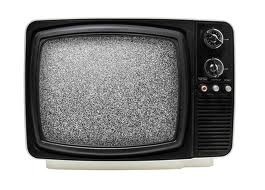 Come January, there will be more local news on your telly.
But this doesn't mean KDNL (owned by Sinclair and operating on Channel 30) is going to hire hundreds of reporters or anything. Nope, they're going to start getting news from the team at KSDK. That's St. Louis' NBC affiliate, also known as NewsChannel 5.

You can read the press release about the partnership here.


The buzz in television circles is that KDNL was under heavy pressure to get a local broadcast together. It was considered unprecedented for an ABC affiliate in a TV market of this size not to do news.

But it's also thought to be somewhat unprecedented for ABC to be getting its news from rival NBC.

TV insiders say, however, that this sort of merger may become more common in the near future. The FCC relaxed its rules a few years ago to allow stations to do this type of partnership -- and they're increasingly doing just that. In fact, this won't even be St. Louis' only newscast produced in partnership: KTVI (Fox) and KPLR (The CW) merged their news teams in 2008.

The new NBC-on-ABC newscasts will air on at 5 p.m. and 10 p.m. on weekdays. There will be some weekend programming, too, but the press release ain't saying exactly what.