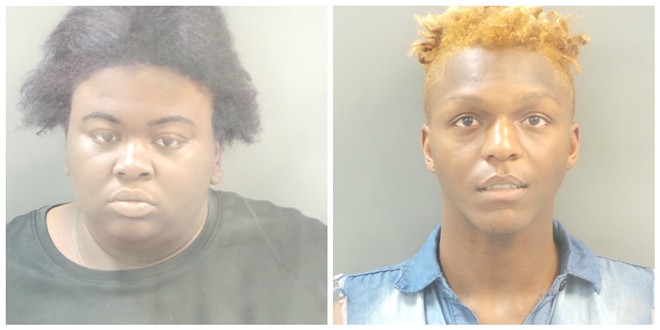 
A second suspect was sentenced to fifteen years in prison for her role in the killing of Gus Gus Fun Bus owner Mike Arnold.

Jana Stowers, 22, of East St. Louis previously pleaded guilty to one count of aiding and abetting the fatal carjacking.

On June 16, 2018, Stowers was with 22-year-old Curtis Alford when he ambushed an elderly man and middle-aged woman in downtown St. Louis. Stowers had given Alford pepper spray, and he used it on the pair before wrestling away the keys to the man's pickup.

Alford fought off the woman and then sped off.

Arnold was a beloved supporter of the St. Louis' food-and-drink scene, ferrying revelers from one spot to another in his party bus. On the day of the carjacking, he was at the edge of Kiener Plaza for the Downtown STL Food festival. When he saw what was happening, he pulled out his phone to take a photo of the thieves.

Prosecutors from the U.S. Attorney's Office say Alford ran him down, dragging him over a curb where the truck hit a second pedestrian and a fire hydrant. Alford then drove around the corner and picked up Stowers and kept going. He soon sped toward a crowd of people and police officers at the corner of North Seventh and Chestnut streets. Everyone scattered and the truck crashed.

Alford and Stowers were taken into custody. Arnold later died in the hospital.

Alford was sentenced earlier this month to twenty years in prison after pleading guilty to carjacking resulting in death.