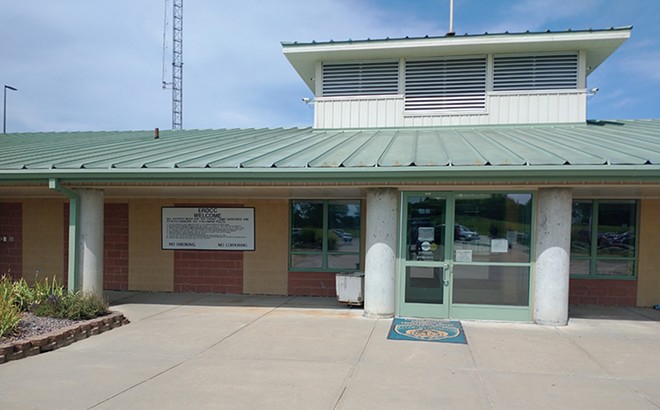 THIS STORY HAS BEEN UPDATED AT THE BOTTOM
The Missouri Department of Corrections confirmed that an inmate died Sunday morning at the violence-plagued prison in Bonne Terre, Missouri.

MODOC spokeswoman Karen Pojmann did not release the cause of death, but Missouri Prison Reform Executive Director Lori Curry told the RFT it came as the result of a violent attack.

Curry said that an inmate was attacked in his sleep, "but no staff came until it was too late."

She later clarified that it was the man who initiated the attack who died.

Curry, who is in regular communication with corrections officers and inmates around Missouri, added: "They just don’t have enough staff."

Pojmann said that prison medical staff and EMS attempted to resuscitate the inmate, to no avail. He was pronounced dead at 3:16 a.m.

She added that the incident is under investigation by MODOC investigators and local law enforcement.

The Bonne Terre facility made headlines last month when three inmates and one guard were stabbed in the course of three days. Though everyone survived, two of the victims had to be rushed to hospitals.

Tim Cutt, the executive director of MOCOA, the labor union for Missouri corrections officers, said a lack of staffing has played a role in all these attacks.

"It seems like everyday or every other day we hear something like this," Cutt said. "It's out of control."

Earlier this month, the RFT received a letter from a Bonne Terre inmate who asked to remain anonymous, echoing Curry and Cutt's concerns.

"They are so short-staffed here,” the inmate wrote, “the staff that are here, 50% of them are scared to death.”

We will updated this story if more information becomes available.

UPDATE March 29 7:25AM Lori Curry of Missouri Prison Reform tweeted, "The man who died was actually the one who initiated the attack. The man who was sleeping was injured, life-flighted out, but was back at the facility Sunday evening and is in the medical unit."

CORRECTION: A previous version of this story contained incorrect information about the deceased. We regret the error.