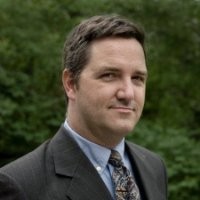 Michael Webber: Says St. Louis is paying to hear what it wants to about the China Hub.
Michael Webber, an air-cargo consultant based out of Kansas City, took a lot of heat yesterday from Daily RFT commenters when we re-published some of his thoughts on St. Louis' plans to transform Lambert Field into an international cargo hub for trade with China.

Late yesterday afternoon, we were able to speak to Webber by phone. During that conversation, Webber stood firm. He believes the St. Louis China Hub is destined for failure and won't produce anywhere near the promised jobs and economic activity area officials have promised. Here are a few of his thoughts shared yesterday with Daily RFT.

Why He Dissed The Plan:
"First off, I didn't say what I did about the St. Louis China Hub with any relish," says Webber. "I make my living in this industry (air cargo), and a lot of people have asked me my opinion on the project in St. Louis. The article published in Air Cargo News is my analysis of the situation that I've emailed out to some of my colleagues in the business. In short, I see the St. Louis China Hub as a potentially huge white elephant for taxpayers."

About His "Conflict of Interest":
"A lot of people have seized on the fact that I do consulting work for the city of Chicago and I'm from Kansas City (Kansas). In the article, I say that the airports in both those cities make more sense for a China hub than St. Louis. Does that make me biased? Well, I've also worked as a cargo consultant for the airport agencies in Miami-Dade, New York and Los Angeles, as well as Chicago. Those are the four biggest gateways to the U.S. for international cargo. So, if that experience discredits me from commenting on whether or not St. Louis makes sense as a cargo hub, well, then, I guess I'm unqualified."

On FedEx and UPS:
"A lot of commenters have attacked my argument because I mention how FedEx and UPS already have regional hubs near St. Louis. They say that doesn't matter, because those shippers won't be the backbone of the freight coming to St. Louis from China. OK. But I used that example because I think it's a pretty good indicator of what the cargo industry (and the world's two biggest shippers) think about St. Louis and its rank as the 39th biggest air-cargo hub in the U.S."

The Big Idea Myth:
"I think the most galling part of this whole project is that the people pushing for the China Hub are saying that St. Louis must act fast and the public needs to jump to support it -- to the tune of $360 million in taxpayer money. They're like used car salesmen. But do they really believe that no other airport agency in the United States has realized the need to open trade with China? Frankly, this idea is more than a decade old. And yet they persist. Has anyone seen an independent analysis of whether or not this plan will work? I haven't. The St. Louis folks are paying people to hear what they want to hear. And, well, someone needs to speak up."