He is accused of killing seven people, including four in St. Louis

A Bellefontaine Neighbors man accused of killing four people in St. Louis and two in Kansas was transferred today from Federal Custody in St. Louis to Jackson County, where he will stand trial for a seventh murder he is accused of committing there.

In November, the FBI described Perez Reed as a "suspected serial killer." He was arrested in November while traveling by train from Kansas City to St. Louis. 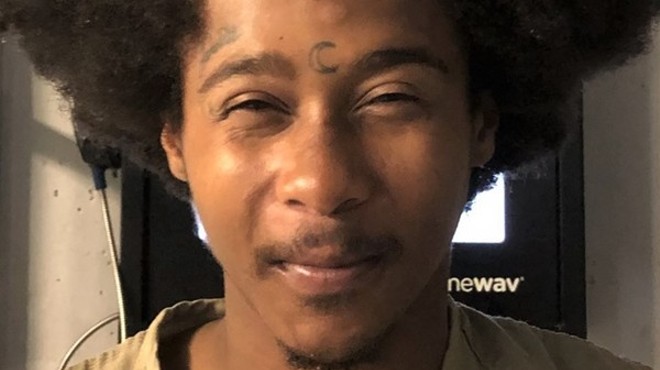 
On September 19, 24-year-old Carey Ross was found shot to death in a vacant lot in north city.

Reed is charged in the murders of Robinson and Ross.

In October, Reed travelled from St. Louis to Kansas City by train. Authorities accuse Reed of killing two individuals on two consecutive days at the same apartment building on the Kansas side of the border.

Today, Reed was moved to the custody of the sheriff's department in Jackson County, which contains Kansas City. There, he will stand trial for the November 2021 homicide of Kansas City resident Stephon Johnson.

The status report from the court announcing his move indicated Reed will remain in Jackson County until July 2023, indicating he will likely stand trial for the Kansas City murder prior to standing trial for the St. Louis murders.

Reed's mugshot provided by St. Louis County Prosecuting Attorney's Office shows a distinctive crescent moon-style tattoo in the middle of his forehead. The FBI said in November the tattoo helped them identify Reed on surveillance video in Kansas City and arrest him in transit from there to St. Louis.

The same .40 caliber Smith & Wesson shell casings were found at the scenes of many of the murders Reed is accused of committing. Authorities also say they used surveillance footage to place him in Kansas City in October and November, as well as at the apartment where the two murders in Kansas occurred in October.