An Incomplete Roundup of the Times Eric Schmitt Has Sucked

Welcome to the Schmittshow, non-residents of Missouri 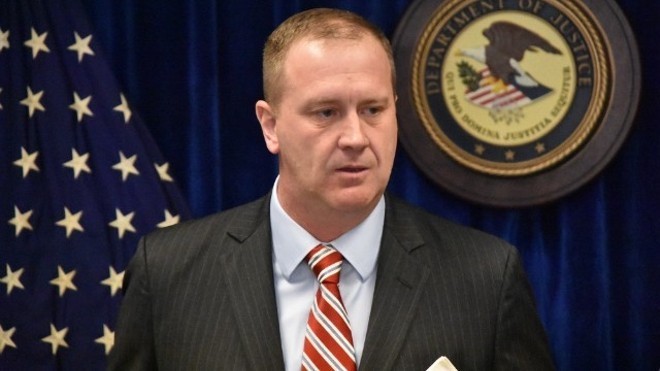 Glendale resident and soon-to-be-Senator Eric Schmitt will depose Dr. Anthony Fauci today for another one of Schmitt’s trademark baseless lawsuits. Regardless of the outcome, the deposition of President Joe Biden’s chief medical advisor will undoubtedly garner national attention for Schmitt, which, let's be honest, is probably all he cares about.

So for the uninitiated who are just tuning in now that he's found himself a stage with a national audience, we here at RFT would like to explain the Schmitt-stain Missouri has been dealing with.

Schmitt ascended to attorney general of Missouri in 2019 after serving as state treasurer. Since then, he’s wasted a whole lot of taxpayer money by filing frivolous lawsuit after lawsuit. Missouri lags behind only Louisiana in the number of lawsuits filed against the Biden administration, according to the Associated Press. In the span of just 20 months, Schmitt filed 25 lawsuits against Biden for policies spanning from COVID-19 vaccinations to education.

The lucky people living outside of Missouri may wonder who this overly litigious character is. Here’s a non-exhaustive list of what you should know.

In April 2020, Schmitt sued the Chinese government over its actions early on in the pandemic. He alleged that China’s “denial” of COVID-19’s “contagious nature” led to loss of life and severe economic consequences in Missouri.

While China has been widely accused of initially downplaying COVID’s severity, legal experts say Schmitt’s chance of actually winning this lawsuit is slim, to say the least.

One of the most ironic (or tragic) facets of this most frivolous of lawsuits is that Schmitt — who has been a fervent opponent of masks — actually argued to a judge that masks save lives and China made the pandemic worse by hoarding them.

He loves to sue schools

Schmitt sued multiple school districts over their mask rules during the height of the pandemic after he put out an open call for informants to feed his office information about their public health orders.

He creamed his slacks when Trump endorsed “ERIC”

Despite not accomplishing much of anything as attorney general, Schmitt said “MAGA” to all the right people and managed to get himself elected to the U.S. Senate this month.

Right before the August primary, former President Donald Trump endorsed “ERIC” for U.S. Senate. ERIC could’ve been Schmitt himself, his opponent and fellow mess Eric Greitens, or literally any other person named Eric.

Yet Greitens thanked the former president soon after the vague endorsement was announced. A few minutes later, Schmitt did the same.

🚨ENDORSEMENT—PRESIDENT TRUMP🚨I’m grateful for President Trump’s endorsement. As the only America First candidate who has actually fought for election integrity, border security & against the Left’s indoctrination of our kids—I’ll take that fight to the Senate to SAVE AMERICA!


Schmitt wasted no time to ban abortion in Missouri

Following the Supreme Court’s overturn of landmark abortion cases this summer, Schmitt wasted no time to wet paper with pen and trigger a Missouri law that effectively ended abortion in the state.

In a move that surprised no one, he also sued St. Louis city’s abortion fund proposed to help pregnant people travel.

Today, Missouri Governor Mike Parson appointed  one of his staffers, Andrew Bailey, to serve out the two remaining years of Schmitt's term.  Bailey joined the governor's office in 2019 and served as general counsel since 2021. He's also served stints as a Missouri assistant attorney general and general counsel for the Missouri Department of Corrections.

After Schmitt's reign, we can only hope Bailey will take a cooler approach.

But judging from Parson's last choice for attorney general (Schmitt replaced Josh Hawley after his election to the U.S. Senate), we aren't holding our breath.