Police this morning are trying to figure out who shot Angie Young as the 36-year-old mother sat in her car around 11:39 p.m. yesterday at the White Castle at North Kingshighway and Natural Bridge (below). 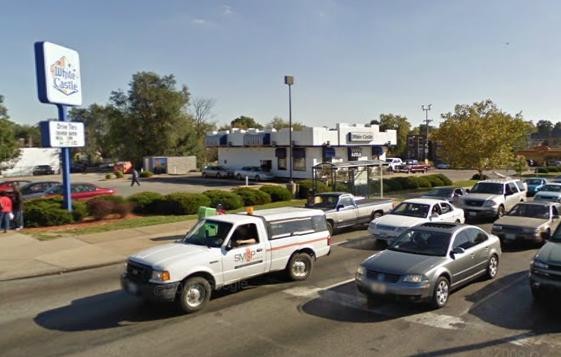 Witnesses told police they saw a black male in his late 20s or early 30s fire numerous shots into Young's vehicle before running to a truck that was parked nearby and driving away. Young was struck multiple times, including once in the head.

Her family told reporters earlier this morning that they have no idea why someone would murder Young, who works as a medical technician at Delmar Gardens and has a 15-year-old daughter.