Arrest Made in Killing of Dmyah Fleming, 7, and Father 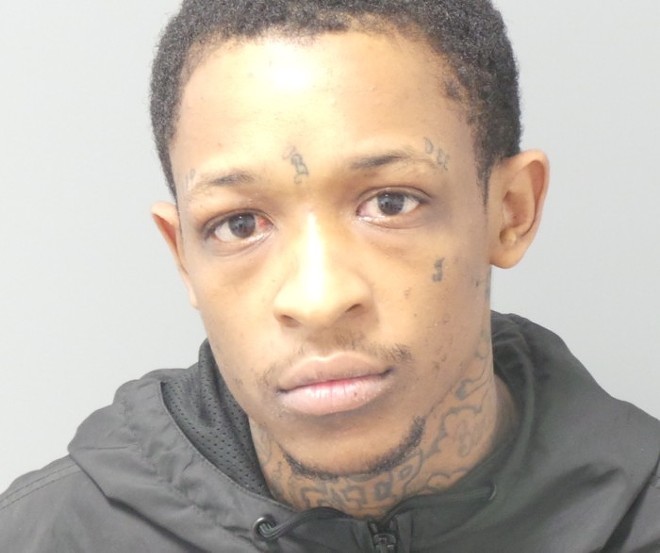 
St. Louis police have arrested a man in the January killing of a seven-year-old girl and her father.

See Also: St. Louis Leads America in Child Murders — and It's Getting Worse

Minutes after 8 p.m. on January 24, police were called for reports of a shooting in the 4000 block of Laclede in the Central West End. Inside a parked car, they found seven-year-old Dmyah Fleming and her 26-year-old father Darrion Rankin-Fleming. Both had been shot, and the father died there.

Dmyah was rushed to the hospital, but she soon died as well.

The killings shocked St. Louis. CrimeStoppers offered a reward of as much as $40,000 for tips, including $15,000 from the city. At least eight kids younger than eighteen have been killed in St. Louis already this year — a startling pace even in a city that has the worst murder rate in the nation for young victims.

The Riverfront Times investigated the long-running problem in a cover story last month. As John Tucker reported at the time, none of the child killings in 2019 or 2020 had been prosecuted.

Nettles has a previous conviction for a 2011 robbery. He was charged in 2017 with second-degree murder after police killed a man they say was his accomplice in a car theft. The alleged accomplice, Davion Henderson, was killed by police after, they say, he pointed a gun at officers.

Nettles was charged in Henderson's death, because police said he was responsible as a participant in the crime that led up the fatal shooting, the St. Louis Post-Dispatch reported at the time. No public record of the case shows up in court documents, indicating the charges were dismissed or Nettles was found not guilty.

Editor's note: This story has been updated with additional information.