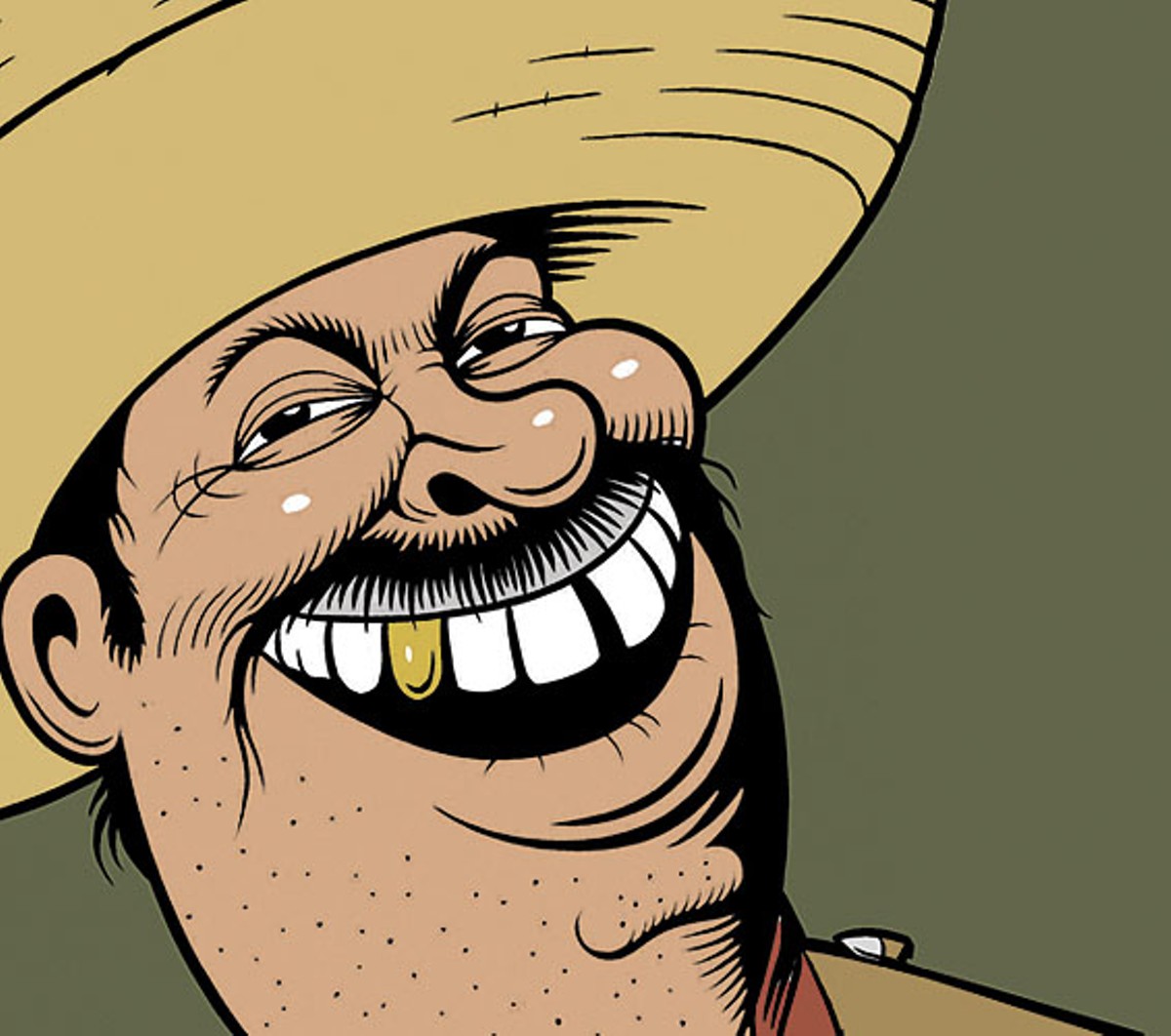 Dear Mexican: Why don't Mexicans tip decently? I labor as a waitress in a local upscale steak house where, unfortunately, many Mexicans eat, and the lousy tips are starting to piss me off! Even blacks tip better! (Although, I gotta say, Mexicans are much easier to wait on. No constant requests for "So' mo' ranch dressin'.") And yes: I always give good service on the one-in-a-million chance the brown-skinned loser sitting at my table isn't a complete social retard. Could you possibly pass the word along so I can quit spitting in their drinks??
Waits on Too Many Wabs

Dear Gabacho: Let's consult the findings of Cornell University professor Michael Lynn, the country's premier scholar on tipping. In a 2003 study titled "Ethnic Differences in Tipping: Evidence, Explanations and Implications," Lynn examined the long-standing claims by waiters that minorities tip less than gabachos. He analyzed the responses of nearly 2,000 eaters in Houston and found that not only did "Hispanics" (really Mexicans, since Houston's Latino community is nearly three-quarters Mexican) tip as well as gabachos, they usually tipped better. Mexicans, according to Lynn, "increased their percentage tips with service...more than did whites." Lynn offered no explanation for his findings, but I will: Mexicans leave a little extra not out of a perceived social obligation but for a job well done — which includes how caliente the chica is. Most Mexican restaurants force their waitresses to wear skirts just below the culo and blouses with a neckline that plunges like the American auto industry. Mexicans tip accordingly — I've been to dives where Mexican men will tip three times their $40 bill if the waitress jiggles just a little bit longer. When Mexicans go to eateries where the waitresses dress more conservatively, the tips usually dry up. Want a little extra, Too Many Wabs? Bring us a bottle of Tapatío — not Tabasco — without prompting. And get some ass implants.

Dear Mexican: Why do Mexicans pronounce "shower" as "chower" but "chicken" as "shicken"??
Vietnamese About to Orate

Dear Chinito: This column has provided readers with many indicators of the differences between recently arrived Mexicans and los que have lived here for generations: skin tone, car purchases, whether the Mexican in question flushes his soiled toilet paper or tosses it in the trash can. Another sure-fire way is the ch/sh phonetic test. Proper Spanish doesn't feature a "sh" sound (known among linguists as a linguapalatal fricative), so Mexicans pronounce English words using an "sh" sound with the harsher "ch" (known as a lingualveolar affricate). However, many indigenous Mexican tongues use linguapalatal fricatives. The most famous example is in the original pronunciation of Mexico: as said in Nahuatl, the word sounds like "meh-shee-ko." The Spaniards couldn't pronounce the middle consonant, though, instead substituting a guttural "j" (as in "Meh-hee-ko") early in the Conquest. They killed most of Mexico's Indians in the ensuing decades, but the indigenous "sh" sound never wholly disappeared: if you do hear a Mexican using "sh," it's probably a Mexican Indian. So next time you hear a Mexican ask for a "Shinese shicken sandwish with Sheddar sheese," VATO, por favor don't shortle. ...