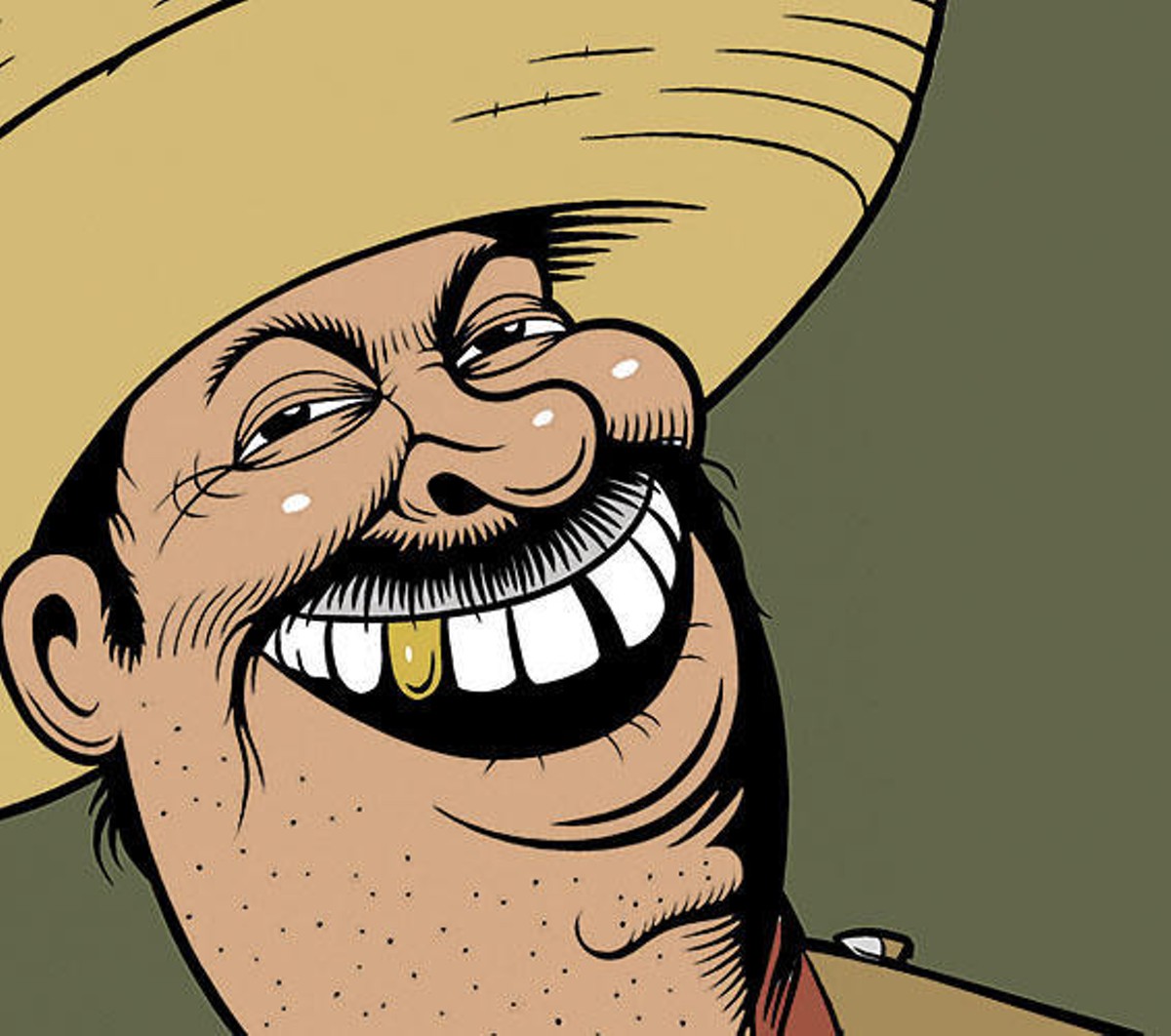 Dear Mexican: Stop using Spanish in your column.  I like reading your column, but when every other word is in Spanish, I don't know what the hell is going on. It makes you sound like that nerdy kid who uses big words to try and sound impressive. Don't be lazy, and just write a good column.
Lazy Gabacho

Dear Gabacho: Primeramente, I AM that nerdy kid—except when I use grande words, I sound like a nerd and not impressive. Secondly, don't be flojo. Since I know most gabachos no hablan, I use Spanish sparingly, judiciously, so that even the most pendejo American can understand it. Since you're a fan of the columna, you're not tan dumb—but wake up and smell the tacos, cabrón, and learn español from mi column. Bilingualism is a wonderful thing, and studies are continually showing it leads to bigger brains and healthier sex lives. After all, better you learn from yo than the coming imposition of mandatory dual-immersion programs that the Reconquista will institute ala what's already slowly happening in California under threat of eating your heart—oops, did I just say that out loud?

Dear Mexican: What's up with substituting "k" for "qu"? Is this like the confusion of "v" and "b," or is this some youth fad, or laziness? I've started reading some Mexican crime blogs and noticed this practice in the comments sections.
Ke Paza

Dear Gabacho: Natural evolution of language, is all—but don't take it from me. I turn the columna over to Kirsten Silva Gruesz, professor of literature at the University of California, Santa Cruz, and a chingona who's working on a book about the history of Spanish in the United States with the awesome tentative title, Bad Lengua. "K linda la pregunta!" the profe responds. "Your reader is right that standard Spanish doesn't use 'k' except in foreign words. But substituting 'k' for the proper 'qu' was a way to flaunt authority long before the rise of cell phones: young Basques would spell Castilian words with a 'k' in homage to their own language, Euskara, which has plenty of k's and which the Spanish government used to suppress. Some of that counter-cultural feeling (think of those anarchist signs denouncing 'Amerika') has carried over to virtual youth hangouts like Internet message boards. But Spanish texters all over the world have also taken to the 'k.' Y? bkz its ezr. (By the way, you can blame the Romans for this whole mess: they used 'k,' 'q' and 'c' to represent the same sound, depending on where it landed in a word. The Castilians tried to clean up their spelling during the Renaissance and make it more consistent with pronunciation, which is more than you can say for the English!)"

PREORDER TACO USA! Gentle cabrones: My much-promised Taco USA: How Mexican Food Conquered America, will finally hit bookstores April 10, but that doesn't mean you can't already order it (yes, grammar snobs: I just used a double-negative, but Mexican Spanish loves double-negatives the way we do cute second cousins). Place your order with your favorite local bookstore, your finer online retailers, your craftier piratas, but place it: my libro editor has already promised to deport me from the publishing industry if we don't sell enough copies! And stay tuned for book signing info!