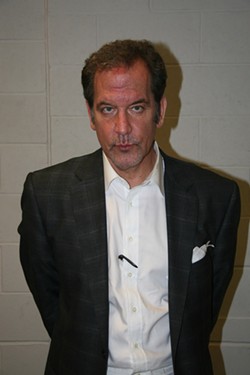 It looks like one of St. Louis' top defense attorneys needs a lawyer of his own.

Just hours after getting his client acquitted of drunkenly molesting a nine-year-old girl at the Ritz-Carlton in Clayton, ace criminal-defense attorney Scott Rosenblum was arrested on drunk-driving charges early Tuesday morning.

Brentwood Police say Rosenblum was driving his 2013 Bentley south in the 1800 block of South McKnight Road when he crossed the center line and collided head-on with a 2001 Toyota Tundra around 12:15 a.m.

The driver of the pickup truck was taken to the hospital for minor injuries, says Major James McIntyre. The driver was not arrested.

Officers on the scene said Rosenblum appeared intoxicated, so police issued him two summonses, for careless and imprudent driving and for driving while intoxicated, at the police station. Rosenblum was released after posting $500 bond.

Rosenblum tells the St. Louis Post-Dispatch he was heading home from his Clayton office when he crashed. Before that, he had dinner with his family, but he would not say whether or not he had been drinking. 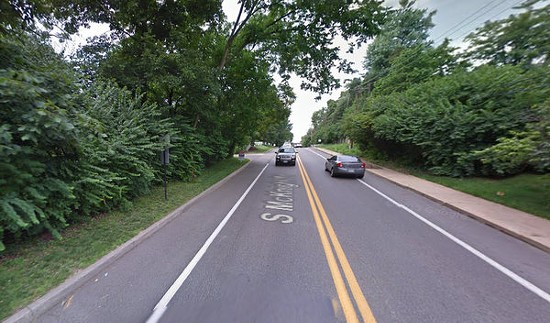 "All I can say is that I was totally, physically and emotionally exhausted after putting in fifteen- to sixteen-hour workdays for a week," Rosenblum tells the Post-Dispatch. "I made a mistake driving that tired."

Rosenblum's name was splattered throughout St. Louis headlines before Tuesday's crash. He defended a Pennsylvania man accused of molesting a nine-year-old girl in a hotel room at the Ritz-Carlton after drunkenly stumbling into her hotel room when staff gave him the wrong key.

The jury only needed three hours to acquit Daniel Hughes on Monday of three counts of child molestation and one count of sodomy after Rosenblum got a police officer from the investigation to admit Hughes never actually confessed to abusing the girl.

Rosenblum is also the attorney for Mary Mullenix, the 69-year-old St. Louis County woman accused of stabbing her husband to death after years of violent abuse, and Jimmy Tebeau, the frontman of Grateful Dead cover band the Schwag, who was recently released from prison for allowing a rampant drug market at his outdoor music venue, Camp Zoe.

In 2004, the Riverfront Times gave Rosenblum his own award for Best Attorney Nom De Guerre. He's known as Scott "Free" Rosenblum because he is known getting his clients off scot-free.