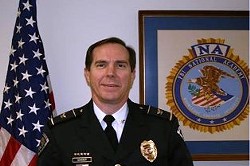 Ballwin is the ninth safest city in America, according to a new ranking based FBI crime data by real estate website Neighborhood Scout.

For the second year in a row, Ballwin is the only Missouri city on the list. The ranking has a special significance for the police department, which is celebrating its 50th anniversary this year.

"Our police department has always prided itself on its ability to keep crime stats low, to work well with the community and to do it in a professional manner," says Sergeant Jim Heldmann, the department's spokesman. "It's kind of special to us that this comes in on our 50th year."

Neighborhood Scout's ranking is based on crime rates derived from FBI data on violent and property crimes for cities with more than 25,000 residents. 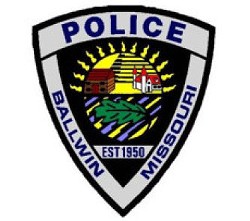 Ballwin has a violent and property crime rate of only 8 per 1,000 residents, according to the report. That means the city's crime rate is lower than 86 percent of the rest of Missouri and is also lower than other cities its size.

Chances of being a victim of violent crime in Ballwin is 1 in 1,692, compared to a rate of 1 in 222 in the rest of Missouri, according to Neighborhood Scout.

Ballwin made a big jump to the No. 9 spot from No. 47 last year, even though Heldmann says there's been no big drop in the crime numbers.

One thing that sets Ballwin apart is its dispatch center. Eighty percent of the county uses Central County 911 to connect callers with emergency services, but Ballwin runs its dispatch in-house.