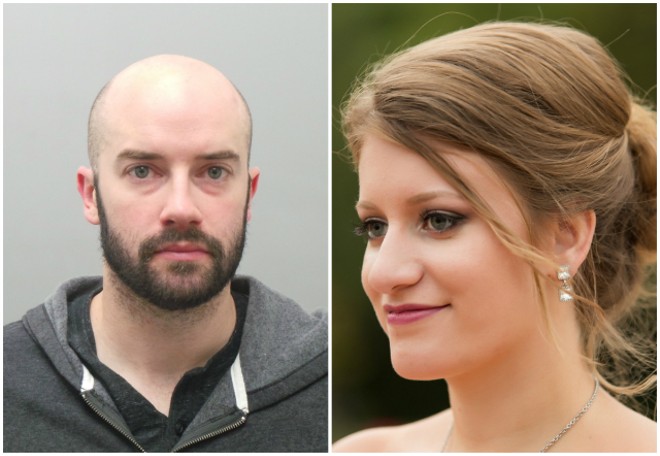 
The day before Jennifer Rothwell was reported missing, her 28-year-old husband Beau Rothwell was videotaped buying carpet cleaner, bleach and gloves — items that police believe he used to try to scrub away a pool of her blood.

In court records filed this afternoon, police say they searched the Rothwell's home at 12644 Northwinds Drive on Wednesday and found a carpet still wet with bleach. Blood had soaked through to the underlying carpet pad, which investigators described as "evidence of the crime of murder."

Jennifer Rothwell's body is still missing, but police announced this morning that they were reclassifying the case from a missing person to a homicide.

So far, Beau Rothwell has been charged only with tampering with physical evidence in a felony investigation. But police have said they are seeking a first-degree murder charge against the him.

Jennifer Rothwell, 28, was reported missing on Tuesday. An engineer for DuPont, she didn't show up for work that day and family and friends who were used to hearing from her every day couldn't reach here. Police later discovered her abandoned Hyundai Sonata near the intersection of Olive Boulevard and Fee Fee Street, less than two miles from the Rothwell's house northwest of Creve Coeur.

Beau Rothwell posted Wednesday on Facebook, asking for help in the search for his missing wife.

"Some of you may have heard already, but last night my wife Jennifer went missing," he wrote. "I’ve filed a police report and the search is ongoing. Please, if you hear of anything or have any information it would be greatly appreciated."

Within hours, police had taken the supposedly worried husband into custody and searched the couple's house, revealing the soaked carpet. Investigators had also uncovered footage from a store of Beau Rothwell buying the cleaning supplies on Monday, according to court records.