A hit-and-run involving a Kia resulted in the death of a bicyclist on South Grand Boulevard just east of Tower Grove Park Tuesday afternoon.

Around 12:40 p.m., the driver of a white Kia collided with a bicyclist who was pronounced dead at a hospital soon after, according to a police incident summary. The Kia's driver did not stay on the scene. Police described the driver's vehicle as a "newer model white Kia."

This is the second pedestrian death near South Grand Boulevard in less than two months — and the second involving a driver who fled the scene.

A pedestrian died July 15 after the driver of an SUV sped through a red light. The SUV hit the pedestrian (a man unidentified by police) as he crossed South Grand Boulevard on a crosswalk. The SUV's driver then took off and the pedestrian was pronounced dead at a hospital.

Pedestrian deaths have spiked in the St. Louis area in recent years. Last year, motorists killed 42 pedestrians and injured 395 more across St. Louis city and County. In the early 2000s and 2010s, pedestrian deaths never surpassed more than 40, with the deadliest year, 2015, reaching to 39 deaths.

Four days after the earlier South Grand incident, another pedestrian was killed in a hit-and-run in the Grand Center neighborhood. The same month, a 17-year-old was killed while walking across Chippewa to Ted Drewes, where another man had met the same fate in May. 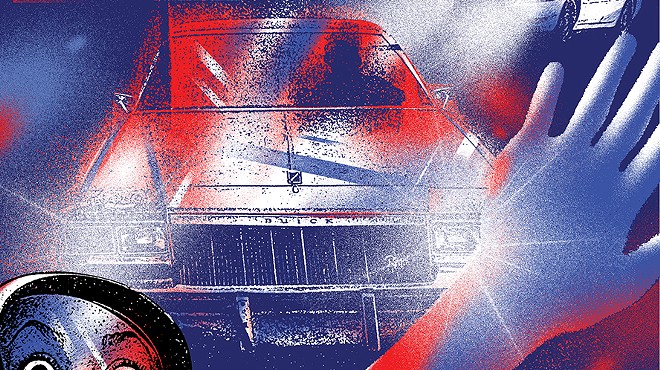 August was a particularly deadly week for pedestrians. On Aug. 15, police found a man dead in the 6300 block of Hall Street in north St. Louis after a vehicle struck him early that morning. Another pedestrian died Aug. 27 after the driver of a 1997 Ford Taurus hit him during an attempt to flee police. And last Monday, a 24-year-old woman was killed after a Jeep Grand Cherokee hit her in Overland.

In a statement, Mayor Tishaura Jones said, “Throughout the COVID-19 pandemic, cities across the country have seen a spike in traffic violence, and today’s tragic hit-and-run on South Grand is a reminder that St. Louis is no exception. City departments continue to review potential solutions to make our streets safer no matter how St. Louisans choose to get around.”

We've reached out to St. Louis Metropolitan Police for more details about Tuesday's hit-and-run and will update this story when we hear back.