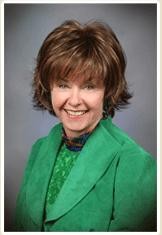 The Republican from west St. Louis County garnered national attention last month -- even appearing in a Jay Leno monologue -- when she proposed changes that would eliminate restrictions on both the age in which children can work in Missouri and the hours they can spend toiling each day at their jobs. For businesses that employ children, the bill would also have done away with those pesky inspections by the state's Division of Labor Standards.

Cunningham's office provided little explanation as to why it decided to end its pursuit of the legislation. "[T]he bill is dead. It's no longer an issue," a spokesman for the senator told Missouri media on Monday.

After a reading last month, the bill had remained stalled in the Senate. The measure also never picked up a co-sponsor. Gee, wonder why?