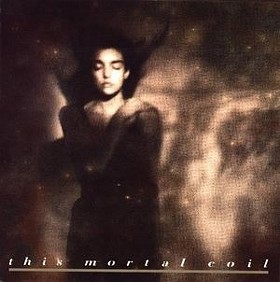 Suggested listening for last night's game.
The Blues were riding high as recently as this past weekend, having taken a home-and-home from the Columbus Blue Jackets and leading the NHL overall in points. Since then the Note have suffered through a series of calamities the likes of which haven't been seen since god looked down at a man named Job and said, "Yeah, alright. Let's screw with him."
Well, okay, maybe it hasn't been quite that bad. Still, the Blues have now lost two -- two! -- games in a row, and haven't looked particularly good doing so, either. They lost an incredibly frustrating game in Chicago the other night when the offense just shut down after the first period and the defense decided to see just how many shots Jaroslav Halak can stop before he gets tired. Then last night the Blues traveled to Carolina to take on the second-division Hurricanes, a team they should routinely stomp into the ground, and proceeded to get shut out.
It's enough to drive a fan to the brink of suicide, I tell you. Two losses in a row. It's like watching the damned Washington Generals out there. Only with fewer buckets full of confetti. Which kind of sucks.
Actually, while last night was certainly not the Blues' best game of the year, they didn't play particularly bad hockey. They played a decidedly average game, and Cam Ward did what goalies occasionally do in the NHL: he stopped everything they threw at him just long enough for his own team to put a couple tallies on the board.
The Blues outshot the 'Canes in all three periods, and finished with a 10-shot advantage at 40-30 for the evening. Patrik Berglund in particular was on point the whole night, putting six shots on goal and making his presence felt every time he was on the ice. At least two and possibly three of his shots would qualify as quality scoring chances, too. Honestly, it may have been Berglund's best overall game of the season. Sadly, he had the same number of goals as everyone else wearing a Blues sweater on the night.
Still, despite outshooting Carolina, the Blues played a sloppy game. Too many turnovers, for one. Too many penalties, for another. (Though I will say I wonder if the Blues aren't beginning to feel the effects of their reputation as a physical, bruising club; there have been several games lately I felt were called awfully tight, particularly against the Note.) The penalties and chippy play were absolutely the story against Chicago; it wasn't as big an issue last night, but the players are still racking up too much time in the box, and doing it at the most inopportune times.
Really, though, the story of the night was Cam Ward, the Carolina goaltender. Ward, you might recall, was the goalie who led the Hurricanes on their magical playoff run a few years back; the team has certainly lost its shine since then, but Ward himself showed off some of the old magic last night. Forty saves is a tough number to beat.
So I'm trying to maintain some semblance of balance here. I'm trying not to freak out that the Blues have lost a pair of tough games in a row in the midst of their longest road trip of the season, one which going in looked like an opportunity to make some serious hay against teams either in the lower half of the NHL -- like Carolina -- or else going through some serious troubles -- like Chicago. At least the Blues picked up one point in Chicago, I'm trying to tell myself. I tell myself bad games are bound to come up now and then, particularly when the team in question is the Blues, and they're playing in the United Center. And sometimes really good goalies just have really good games, I tell myself. Just because Cam Ward happened to shut the Blues out just one game after they pissed away a lead in Chicago isn't indicative of a trend. Each loss was just one loss; if there had been a couple of wins in between I wouldn't think anything of either one.
Frankly, I'm not sure how well it's working.