Blues Ugly It Up Against the Stars 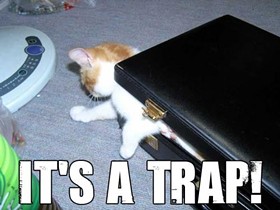 The Blues are back in first place in the Central Division, all by themselves for the moment. They beat Dallas last night at the Scottrade Center, shutting the Stars out on just 22 shots on goal.
The victory was ugly as hell, but all the sweeter for it. Facing Kari Lehtonen, the goalie who seems to have the Blues' number more than any other in the league, everyone in the building knew it was going to be a tough contest. It turned out to be all that and more, as both teams played physical, played nasty, and played just flat-out ugly for the full 60 minutes. And when the smoke cleared it was the Blues still standing, celebrating a 1-0 win thanks to yet another stifling performance by the defense and one of the best goals you'll ever witness courtesy of T.J. Oshie.
Best of all, the two points the Blues picked up put them into a three-way tie for the overall points lead in the NHL, along with Chicago and the New York Rangers. They've gained thirteen of fourteen possible points in the month of January, and boast the best home record in hockey at 19-3-3. Oh, and of the four remaining games the Blues play this month, three will be at home.
Last night's game should also have served as a very clear lesson to all those around the game who complain the Blues play a boring, trap-heavy game. That criticism always rankles a bit with me; not because I find it all that insulting, but because it just isn't particularly accurate. The lesson is this: the Blues do play very physical, very defensive-minded hockey. They do not, however, play a trap. You want to see the difference? Look at what the Stars did last night.
I don't see Dallas play a whole lot, so I honestly don't know if they always play that style or if they simply thought it would be the best way to attack the Blues, but the Stars put pretty much the full 1-3-1 neutral zone trap on the ice for most of the night. They hit, they grabbed, they occasionally mugged. Most of all, they did anything and everything they could to slow down the Blues moving through the zone and keep this talented group of forwards -- particularly the first-liners -- from getting any kind of momentum moving down the ice. And, honestly, it worked pretty well. The Blues are a much more talented team than the Stars, and yet Dallas held right with them. Call it Exhibit A of why traps are so perfectly suited to teams playing just a little bit short of skill players. The Blues did still manage 30 shots on goal, but the actual quality scoring chances were far fewer.
The Blues under Ken Hithcock have done an admirable job of moving away from the dump-and-chase, pandemic at times under Davis Payne, but Dallas did an admirable job last night of forcing them back into just sending the puck down into the offensive zone, and their goalie did the rest. Luckily, the Blues got just as beautiful a performance from Jaroslav Halak, and Oshie took care of the scoring.
It's tempting to call any and all defensive hockey a trap; the word has become as loaded among hockey aficionados as the word 'liberal' has in contemporary America. But watching last night's game it should have been perfectly clear to anyone and everyone that while what the Blues do may be tough, and it may be physical, it is most definitely  not a trap.