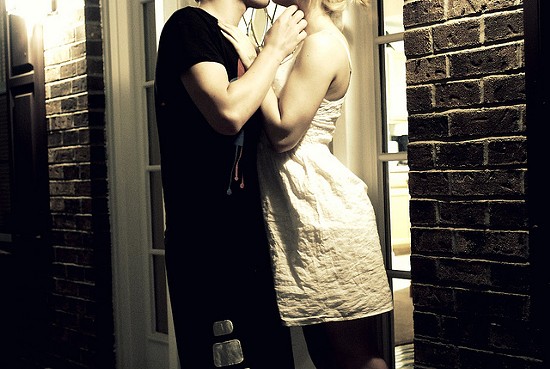 Courtney Carmondy
Twenty-six percent of boys and young men say they were forced into unwanted sex by seduction.

A new study from researchers at the University of Missouri is making waves after finding that nearly half of teenage boys and college men have been forced into sex, usually by a female acquaintance.

"There is this assumption that men can't be assaulted, and that if they are assaulted, it's not that problematic," French tells Daily RFT. But French's study shows that while the psychological impacts of forced sex are different for boys and girls, men don't emerge unscathed from an unwanted sexual experience.

Boys who experienced unwanted sex were more likely to engage in risky sexual behaviors and increased drinking, according to the study. Students who were drugged or drunk when sexually coerced showed significant distress.

"It's still having a negative effect on their psychological wellness," French says.

There is one major difference, however, in how boys and girls react to forced sex, French says. Sexual assault has a significant impact on girls' self-esteem, but French's findings showed a neutral effect on self-esteem for boys, meaning their sense of identity wasn't affected by their unwanted sexual experience.

"It may be the case that sexual coercion by women doesn't affect males' self-perceptions in the same way that it does when women are coerced," French says. "Instead, it may inadvertently be consistent with expectations of masculinity and sexual desire, though more research is needed to better understand this relationship."

In other words, in a world where men are expected to "sow their seeds" and bed lots of ladies, having sex -- even if it's unwanted -- may be consistent with boys' views of themselves. Scientists say that's not the case for girls, who are often socially instructed to feel shame or guilt after sex, wanted or not.

Twenty-six percent of boys in the study say they were forced into sex by unwanted seduction. Get more of the numbers behind the study on page 2.