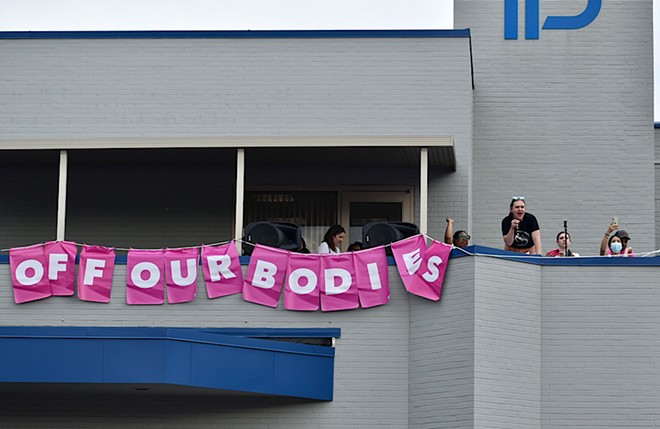 Planned Parenthood of the St. Louis Region and Southwest Missouri wants brands to display their support for abortion loud and proud.

Ultimately, the goal is to dismantle the stigma surrounding reproductive and sexual health, according to Bonyen Lee-Gilmore, vice president of strategy and communications for regional Planned Parenthoods.

“We really believe that abortion stigma is one of the key tools in dismantling the right to abortion, which led to the overturning of Roe v. Wade,” Lee-Gilmore says.

Businesses can participate in Brands Against Bans in a variety of forms. Whether that involves hosting an event, posting accurate reproductive health information on social media or by donating money to Planned Parenthood’s logistics work for abortion care — Planned Parenthood is asking brands to take real action to support abortion.

Businesses have committed support to reproductive rights in the past but largely through passive actions, such as signing public letters, Lee-Gilmore says.

“But we are really asking for folks to get into the trenches with us,” Lee-Gilmore adds. “We really want to see deep collaboration and, over time, partnerships that start to change culture and change the conversation.”

“As a small business, Brick City Yoga takes its responsibility to our community seriously and that means doing our part to shatter abortion stigma,” Brick City Yoga owner Kate Ewing said in a statement. “We hope others will join this network.”

An inaugural Brands Against Bans event with a free community fair will take place tomorrow from 6 p.m. to 9 p.m. in the back lot of Brick City Yoga (2758 Wyoming, 314-802-8770). Tickets for an all-level yoga class offered at the event have sold out. Proceeds benefit the Regional Logistics Center’s Patient Equity Fund, which helps support patients’ travel to southern Illinois for abortion care.