Branson Invites You to "Come On Down" 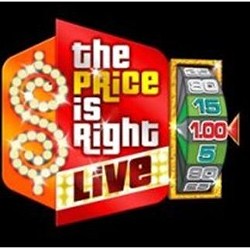 Just like the TV show, only live and smaller in scale. And in Branson.
Branson, Missouri, once described by Homer Simpson as being like "Las Vegas if it were run by Ned Flanders" is actually getting an injection of genuine Vegas glitz. No, not the Spearmint Rhino -- it's Branson, remember -- the Las Vegas stage version of "The Price Is Right Live" will open in Branson this July.

The Welk Resort Theatre will host the pared-down version of the venerable game show, in which the prizes are a little less pricey and the there's only one showcase at stake in the Showcase Showdown. But the beloved game Cliff Hangers is included, as is the ceremonial spinning of the Big Wheel, so it's got that going for it. Hightlights of the live show look like this:

Also included in the Branson production will be a celebrity host who has yet to be named. Vegas' version of the show was hosted by Todd Newton for a long time, whom some of you might remember as local radio DJ Rick Idol. Netwon later parlayed that into a gig on E!, which makes him the most famous alumnus of St. Louis Community College-Meramec. But for Branson's sake, I hope they give the job to Yakov Smirnoff. That guy's the consummate host.