Breaking Down the Kroenke Kaper 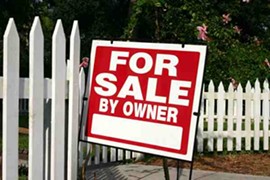 As reported earlier by my colleague Chad Garrison, Stan Kroenke is attempting to convince the NFL to allow his wife, Ann Walton Kroenke, to purchase the St. Louis Rams outright, rather than doing it himself.

Such a move would circumvent the NFL's cross-ownership rules which would seem to prevent Kroenke from owning the Rams because of his ownership of two Denver sporting franchises.
This is obviously a complicated deal, fraught with issues on all sides. One thing is relatively clear, though, with even the most superficial of analysis: This isn't a case of circumventing the rules; this is a case of flat-out breaking the rules. Whether the NFL allows it or not will reflect one thing, and one thing only: how badly they want to hop into bed with the Kroenkes and that big ol' pile of Wal-Mart money.
The idea had been floated previously that Kroenke (Stan, that is), in order to take over control of the remaining stake in the Rams, would have to turn over control of his concerns in Denver (the Nuggets and Colorado Avalanche, respectively), to either his wife or son Josh. Doing so would satisfy the NFL rules, of course, since he would no longer own franchises in another city. (Technically.) And honestly, I would be just fine with that. Sure, it violates the spirit of the rule, since ownership would remain in the same family and Stan would, I'm sure, go on about his business of acting as team owner, but that's okay. The cross-ownership rule is a bit of an anachronism anyway. Not as much so as the NFL's asinine blackout rules, but in that same general neighborhood.
click to enlarge 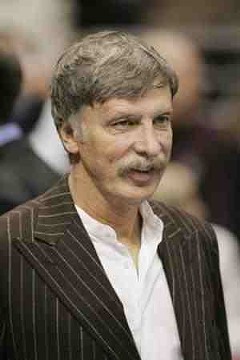 Kroenke. I'm pretty sure this guy conned me out of some money several years back in a deal involving lots of cocaine and a Pontiac Fiero.
​But instead of turning over his Colorado franchises, Kroenke is taking this approach, of transferring ownership directly to his wife. There are two big problems with that as I see it.
Problem one: Stan Kroenke is not, under league rules, allowed to own the St. Louis Rams, because of his franchise ownership in another city. Now, I'm not entirely certain what the NFL defines 'owning' as, but one would assume a prohibition on owning a team should also cover purchasing said team. Ergo, Stan Kroenke is not allowed to purchase the St. Louis Rams, regardless of how quickly he promises to sell it to his better half. (Or his richer half. Whichever you like.) His proposal to purchase the remaining 60% of the team and then sell it to his wife violates the league's policy, not just in spirit but in letter as well.
Problem two: Ann Kroenke is not Stan Kroenke. Why is that a problem? Because Stan Kroenke, as part of his contract as owner of a minority stake in the Rams, has the right to first match of any offer to purchase the team. So when Shahid Khan (who I'm totally beginning to root for, by the way, if only for the interesting Debbie Schlussel articles I'll get to read), made his bid to purchase the team, Stan Kroenke had the right to match his offer and buy the team. Stan Kroenke. Not Ann Kroenke. Ann Kroenke has absolutely no right to the Rams at all. If she wanted the buy the team, she should have bid on it with everyone else.
So here is the situation: Shahid Khan made an offer to purchase the St. Louis Rams. Stan Kroenke has the right to match the offer and purchase the team himself. Simple so far, right? But wait, it gets better. Stan is not allowed to purchase the Rams because of NFL policy, so he decides he'll either buy it then immediately sell it to his wife or simply have her buy them. Problem is, both of those things are huge violations of NFL rules, and the second choice is actually, as far as I can tell, illegal. Stan 'n Ann might be one in the eyes of god, but I'm pretty sure they're separate entities in a financial sense.
What should happen here is this: Khan should be allowed to purchase the team, and Kroenke can then make up his mind whether to sell his stake or stay on as a minority partner. Now, what actually does happen, I have no idea. But no matter what, we'll get to see just how serious the NFL is about enforcing its own policies very soon.
Oh, and full disclosure time: I'm also hoping Khan ends up buying the team just so I can post lots of pictures of Ricardo Montalban with rockin' tits. Just saying.